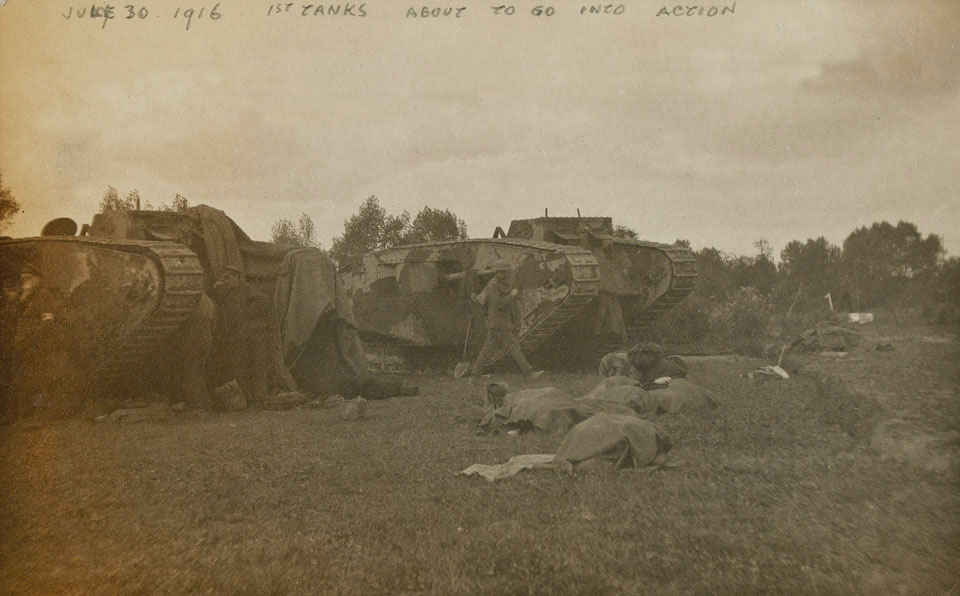 Despite the caption to this photograph of Mark I tanks stating that they went into action on 30 June, the first use of tanks on the Western Front actually took place on 15 September 1916. Fifteen tanks took part in an attack centred on the village of Flers-Courcellette on the Somme. The machines made a great impact on the Bavarian troops facing them, many of which were terrified, and a few tanks were able to advance far into the enemy defences. These were gradually reduced in number by breakdowns and enemy action. Flers and Courcelette were captured, but despite the bravery of the crews, a total breakthrough eluded the tanks.