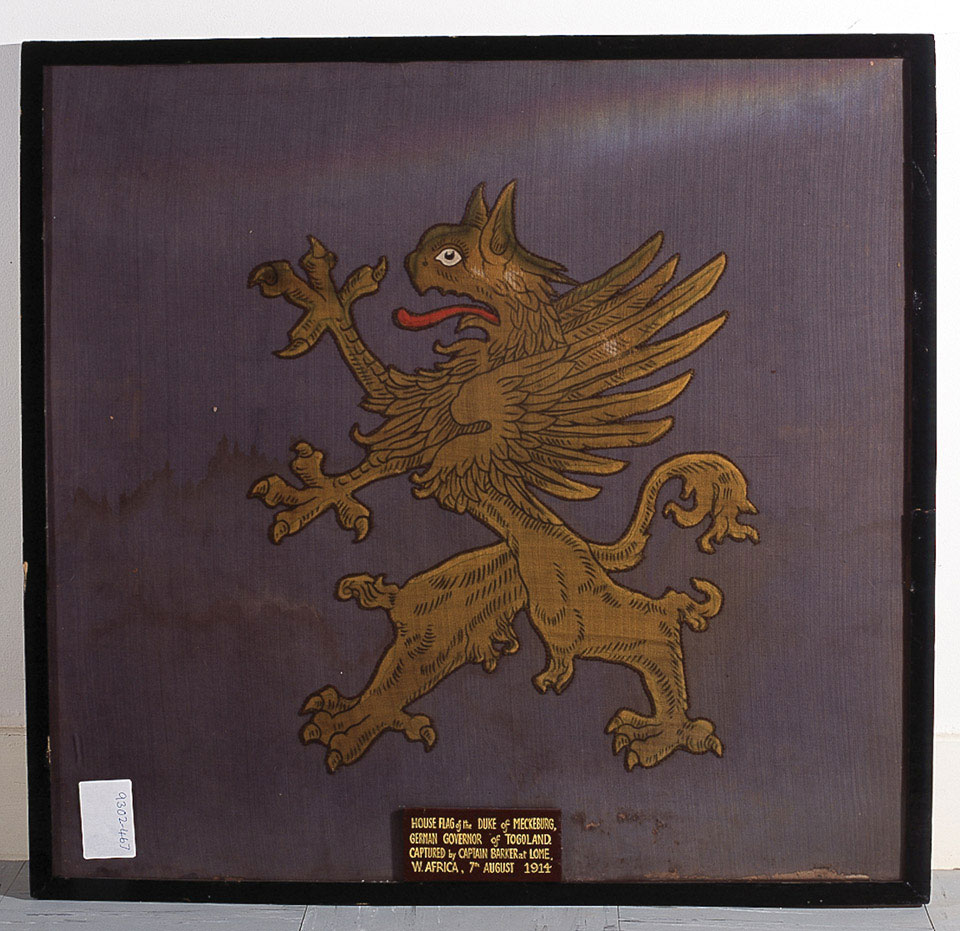 Flag of the Duke of Meckleberg, German Governor of Togoland, 1914 (c)

Germany's West African territory of Togoland (Togo) was poorly defended and surrounded on all sides by French and British colonies. Soon after the start of World War One (1914-1918) Togoland was conquered by forces from the British Gold Coast (Ghana). This flag was captured by Captain E Barker of the Gold Coast Regiment on 7 August 1914.