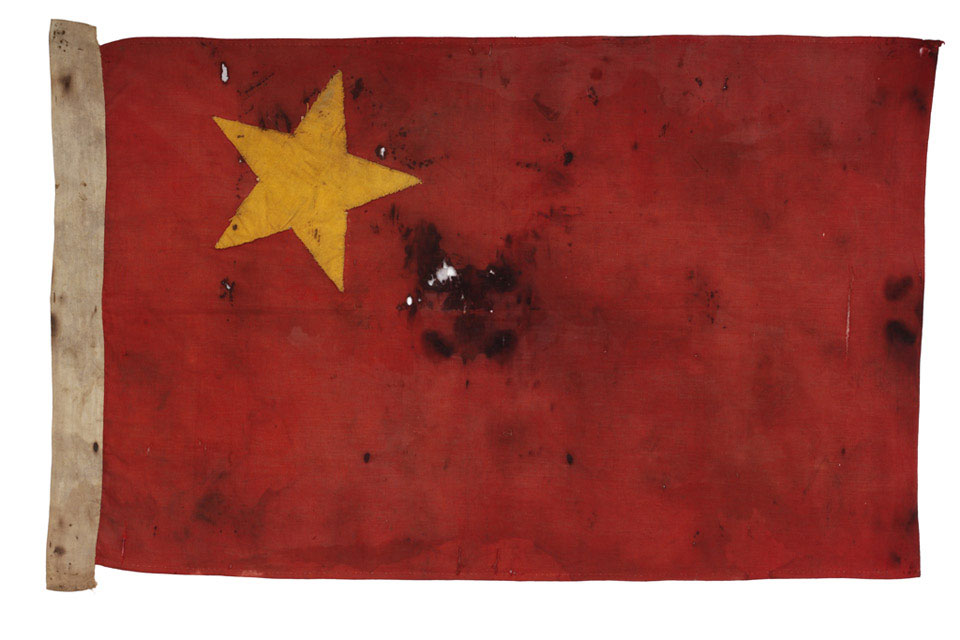 Flag captured from a Malayan Communist by a member of The Middlesex Regiment (Duke of Cambridge's Own), 1955 (c)

In June 1948 a state of emergency was declared in the British colony of Malaya. The Malayan National Liberation Army (MNLA), the armed wing of the Malayan Communist Party (MCP), began attacking rubber plantations, mines and police stations, derailing trains and burning workers' houses.

The Communists of the MNLA were jungle based and supported by the impoverished Chinese population. Although many Chinese lived in the cities, others, known as 'squatters', lived at the fringes of the jungle and could aid the guerrillas. The MNLA and its supporters called the campaign the Anti-British National Liberation War.