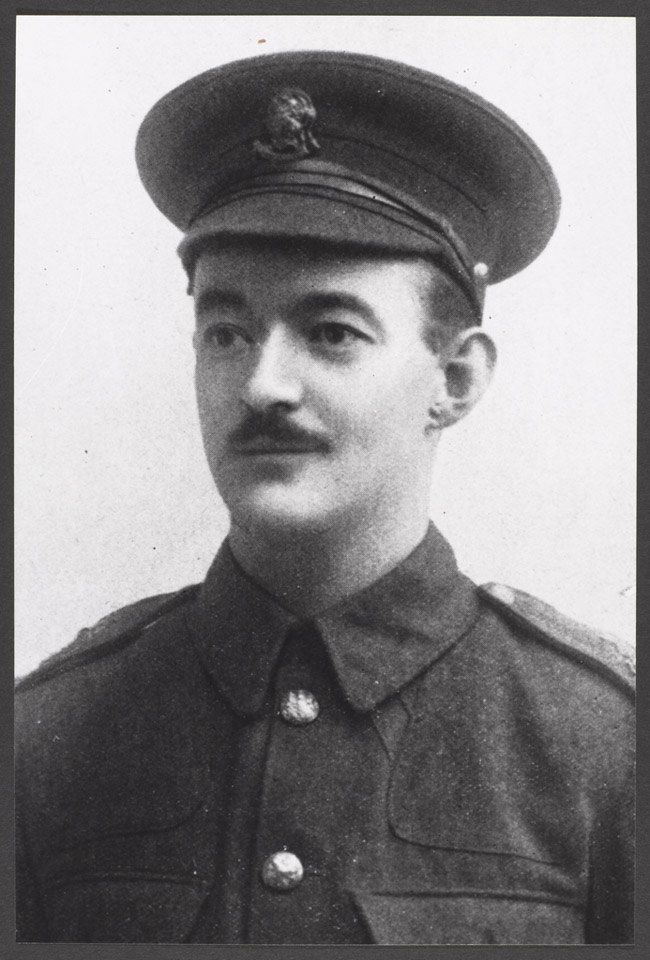 Hallowes, pictured here in non-commissioned rank prior to his promotion to second lieutenant in April 1915, served with 1/28th (County of London) Battalion The London Regiment (Artists Rifles) and then 4th Battalion The Duke of Cambridge's Own (Middlesex Regiment) with whom he won the Military Cross (MC) for bravery during the Battle of Hooge in July 1915. Two months later, Hallowes was awarded a posthumous Victoria Cross (VC) following another series of actions at Hooge.