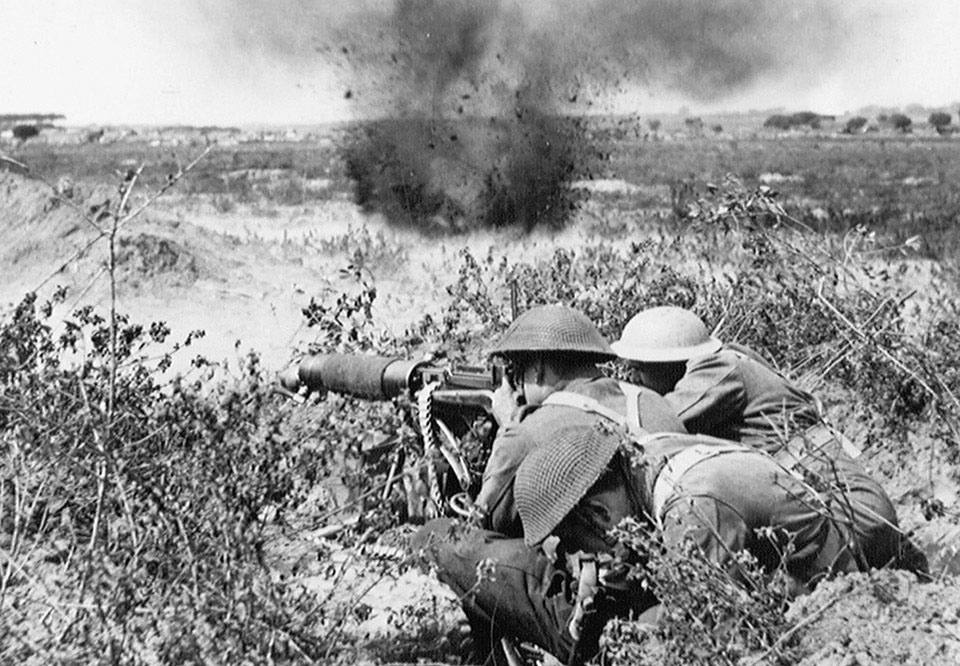 Soldiers of the Middlesex Regiment open fire with a Vickers Machine Gun, 1944

The water-cooled .303 inch Vickers was famed for its reliability and could fire over 600 rounds per minute and had a range of 4,500 yards. With proper handling, it could sustain a rate of fire for hours, providing a necessary supply of belted ammunition, spare barrels and cooling water was available. First introduced in 1912, the Vickers remained in service with the British Army until 1968.