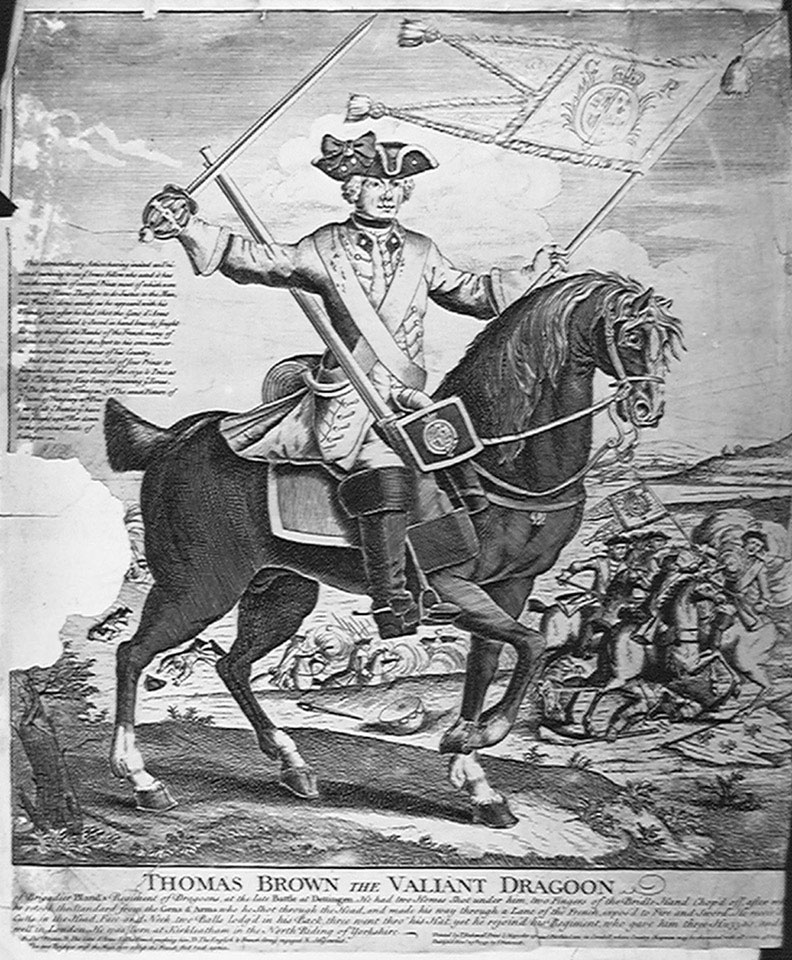 Thomas or Tom Brown was a blacksmith's son from North Yorkshire and joined the King's Regiment of Dragoons less than a year before serving with it at Dettingen in 1743. Aged 28 at the time of the battle, he rescued the regimental guidon after it was captured by the French, being wounded eight times and losing two horses from under him. George II offered Brown a commission but he was illiterate and so unable to accept it - instead, he was placed in one of the Troops of Horse Guards. However, two musket balls in his back could not be extracted and he soon had to retire, dying of his wounds aged 31 at Yarm in January 1746.