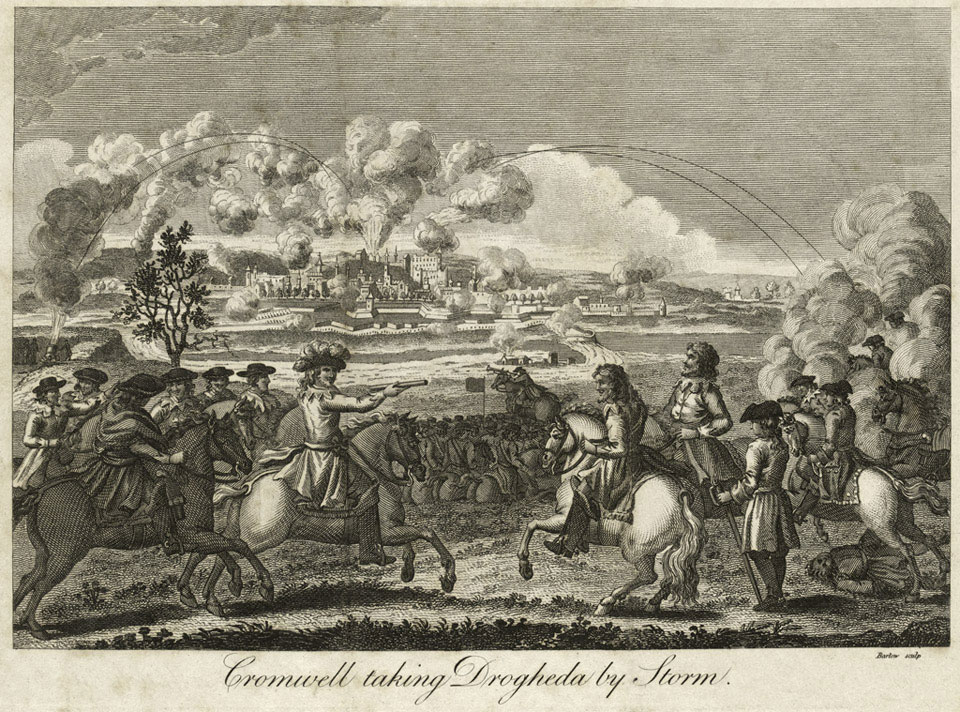 Oliver Cromwell is perhaps best remembered for his campaign in Ireland (1649-1650), undertaken by Parliament to eliminate support for the exiled Charles II. The campaign opened with massacres at Drogheda and Wexford, where there was widespread slaughter of soldiers and civilians alike. Cromwell justified this on the grounds that it was consistent with the laws of war and that it would encourage more rapid surrenders elsewhere, thus saving lives. Many other Royalist garrisons did indeed surrender when Cromwell offered them generous terms, but Drogheda remains a blot on his reputation.