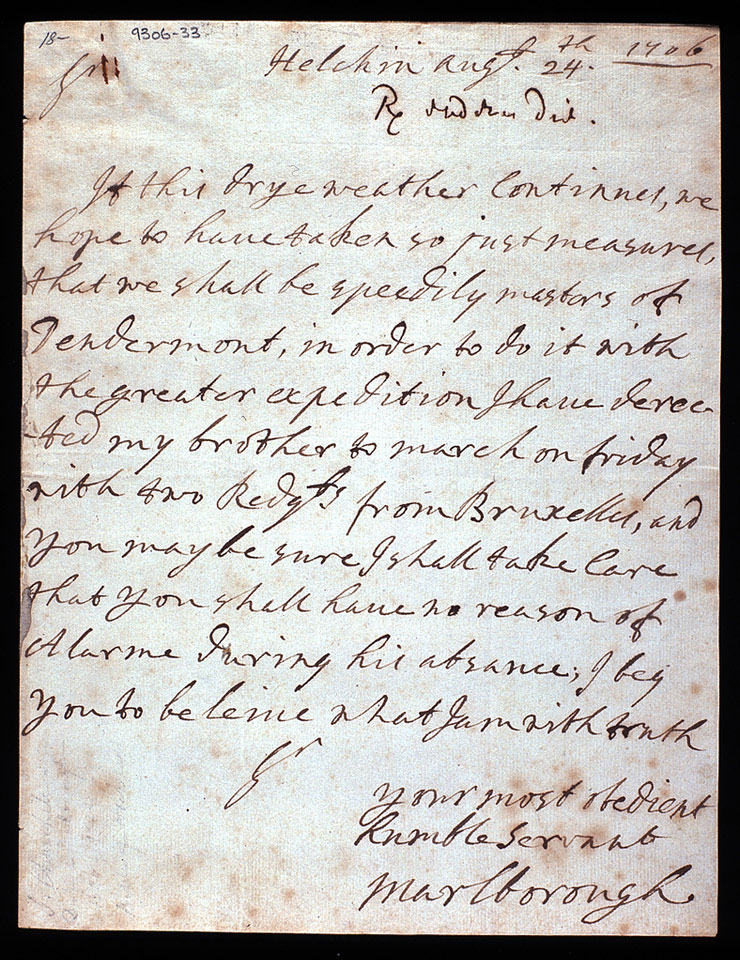 Letter from the Duke of Marlborough as Supreme Commander of the allied forces to an unnamed correspondent, about the impending Siege of Dendermonde, 24 August 1706

Dendermonde (or Termonde) was a fortified town besieged by the British during the War of the Spanish Succession (1702-1713). It was surrounded by water. Marlborough, as his letter suggests, was therefore anxious to capture the town while 'the drye weather continues' and before autumn rains added to the flooding. He has sent to his brother, General Charles Churchill, Governor of Brussels, for reinforcements. Dendermonde eventually surrendered to Marlborough on 5 September 1706, the day before the weather broke.