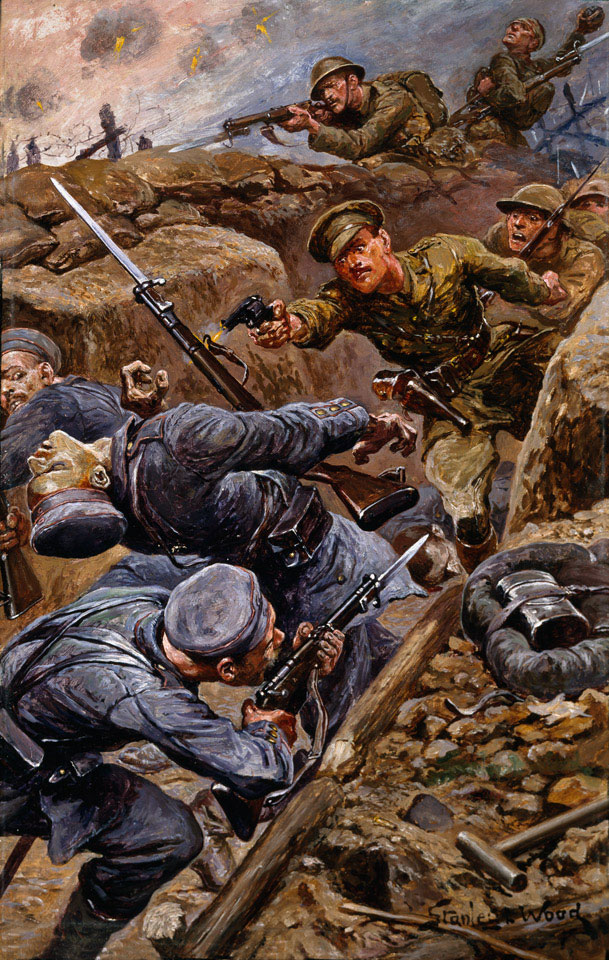 Captain Reginald James Young, 2nd Battalion, The Duke of Cambridge's Own (Middlesex Regiment), winning the Military Cross during the Battle of the Somme, 1916

The Battle of the Somme lasted from 1 July to 18 November 1916 and cost the Allies some 420,000 casualties. The Duke of Cambridge's Own (Middlesex Regiment) had more battalions engaged in this battle and suffered greater casualties than in any other operation on the Western Front during the First World War (1914-1918).

'For conspicuous gallantry during an attack. He was one of the first to enter the enemy trench, displaying great coolness in encouraging men to throw bombs, when he himself accounted for several with his revolver. Although badly wounded, he continued his fine work until wounded again.'

Young was commissioned second lieutenant in the Duke of Cambridge's Own (Middlesex Regiment) in 1912 and went on to serve with the regiment until his death on 14 February 1919. He is commemorated by the Commonwealth War Graves Commission at Nunhead (All Saints) Cemetery in London.