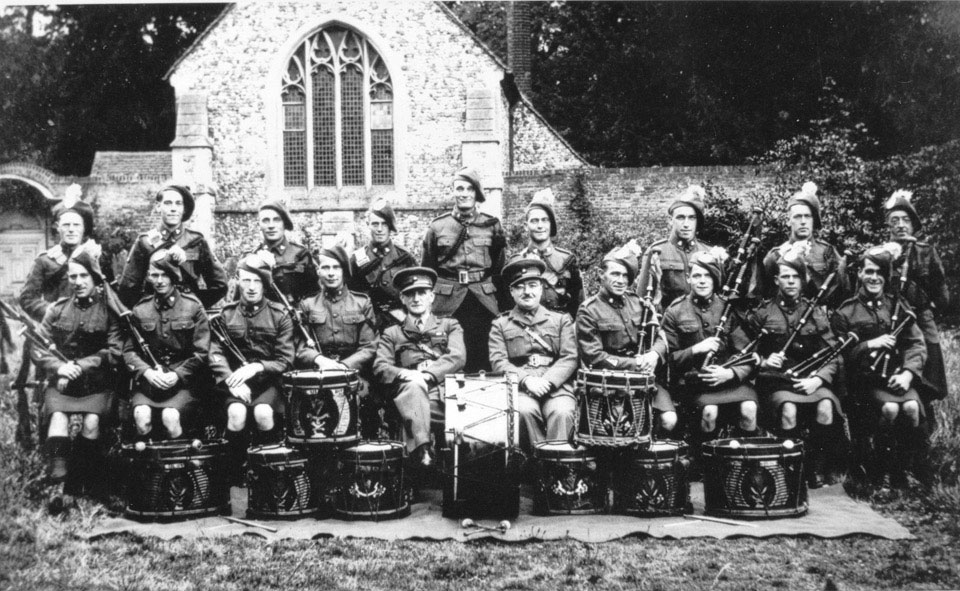 Traditionally, rifle regiments did not carry heavy pipes and drums as they were highly mobile troops. This unit therefore retained their buglers and did not adopt the pipes until the 1940s when they were brought into line with the other regiments in the North Irish Brigade.