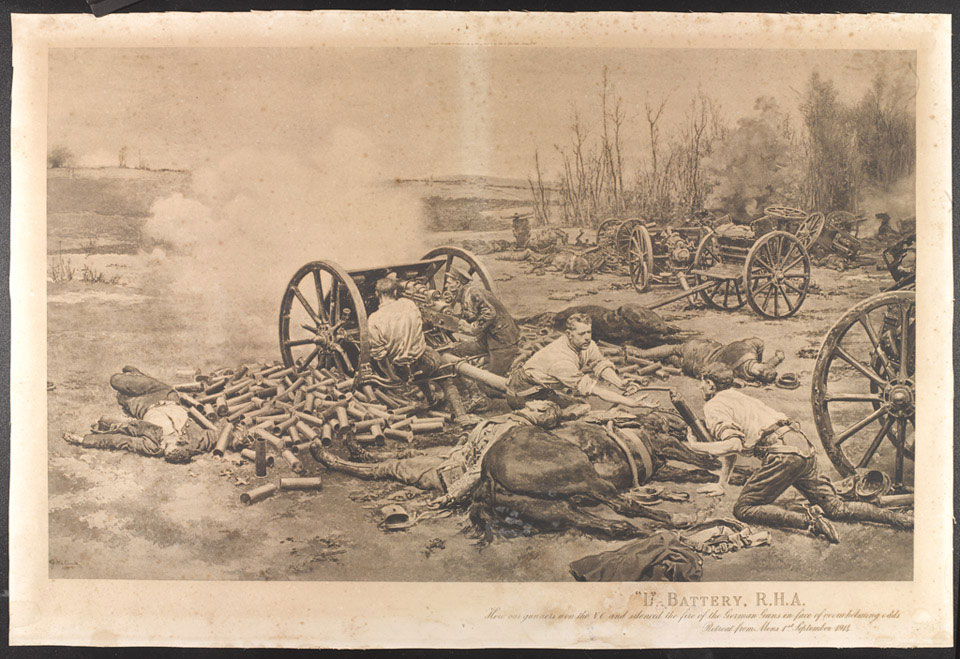 The Battle of Nery was an engagement fought by mounted elements of the British Expeditionary Force (BEF) during the Retreat from Mons. Surprised by a German cavalry division, 1st Cavalry Brigade and 'L Battery', Royal Horse Artillery, fought off the enemy until relieved by British infantry reinforcements. The latter battery was all but destroyed apart from one gun which was kept in action by Captain Edward Bradbury, Sergeant David Nelson and Battery Sergeant-Major George Dorrell. All three were awarded the Victoria Cross for their brave stand, Bradbury's being posthumous.