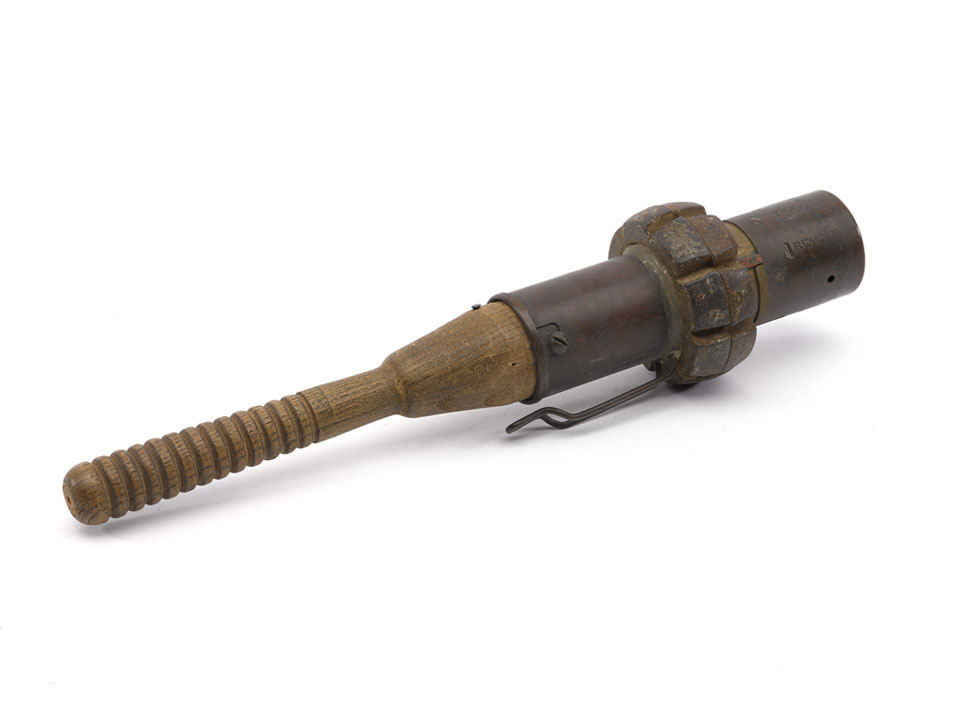 The No 1 was the first British grenade of World War One (1914-1918). It consisted of a canister with a wooden handle. It was armed by removing a safety pin through the top. When thrown, the handle and attached linen streamer ensured it landed nose down so that the striker was forced into the detonator. Soldiers disliked the Mark 1 as it was liable to explode prematurely if knocked against something when being thrown. This was a real danger in the confined space of a trench.