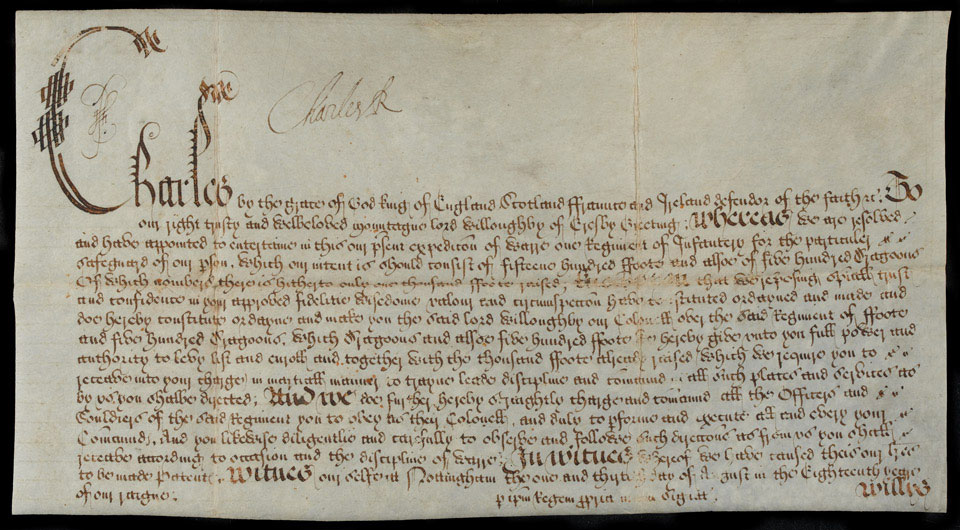 This warrant marks the beginning of the First Civil War (1642-1646). It was signed by King Charles I at Nottingham on 22 August 1642. The warrant authorises Lord Willoughby of Eresby to raise the regiment that became the King's Lifeguard.

In 1641 the Militia Ordinance had given Parliament control of raising troops. The King bypassed Parliament's authority by using an ancient system known as Commission of Array. By this means he granted a commission to an officer in a specific area to recruit the local people. By using this out of date system, Charles was forcing the crucial question: who controlled the Army, Crown or Parliament? On the same day that he signed this warrant, the King raised his royal standard at Nottingham, effectively declaring war on Parliament. In the five years which followed, the Royal and Parliamentary armies were transformed from amateur soldiers into efficient fighting machines.