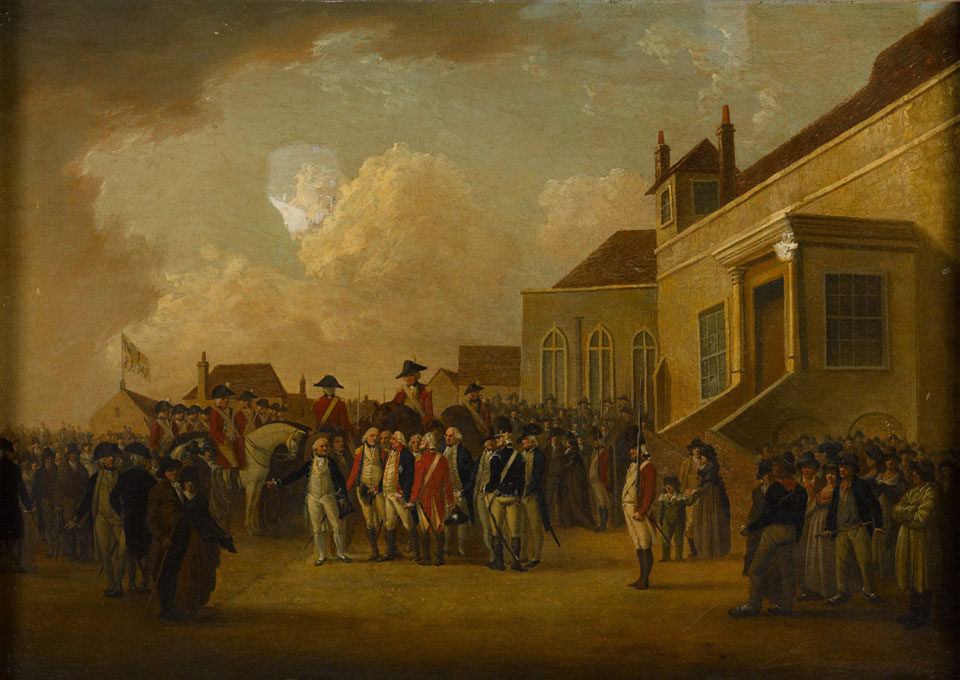 Frederick Augustus (1763-1827), Duke of York and Albany, was the second and favourite son of King George III. Brave, but inexperienced, in 1793 he was sent to Flanders in command of the British contingent of an Allied force opposing Revolutionary France. Although the Allied army captured Valenciennes in July of that year, the campaign was eventually to prove unsuccessful. The French ejected the Allies and then won control of Flanders through their decisive victory at the Battle of Fleurus in June 1794. The Duke of York's force returned to Britain in 1795, having lost more than 20,000 men in the two years of fighting.