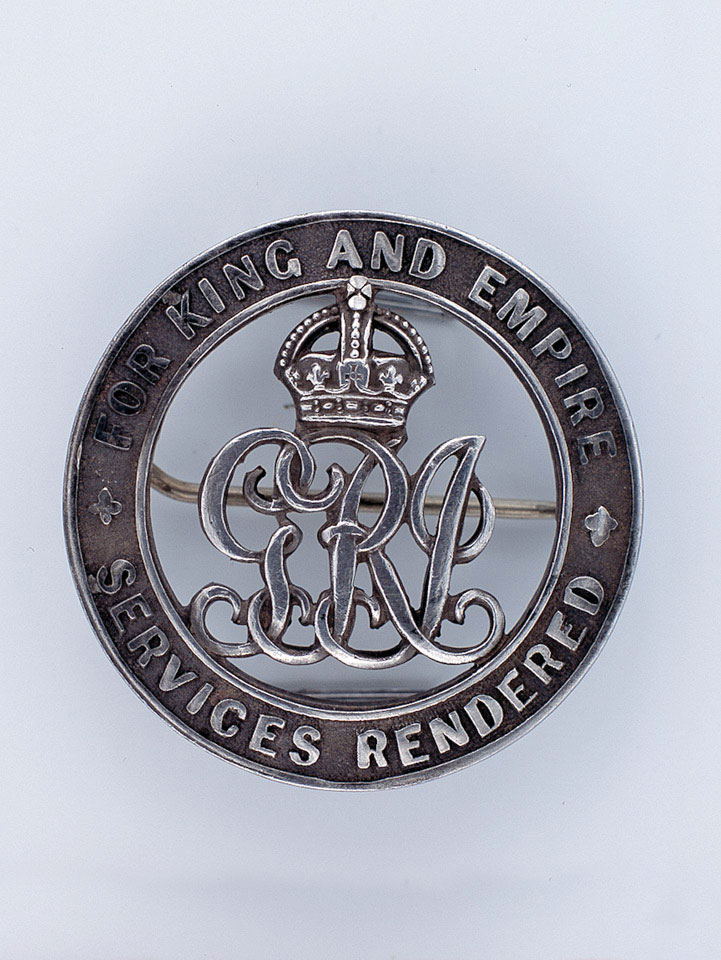 Also known as the Silver War Badge, these were awarded to servicemen who were discharged from the military during World War One (1914-1918) as unfit due to wounds or sickness. If the recipient had served in an overseas theatre of war it was accompanied by a King's Certificate. The badge and certificate allowed non-uniformed men to prove they were not avoiding military service and thus prevented harassment by pro-war members of the public or other military personnel.