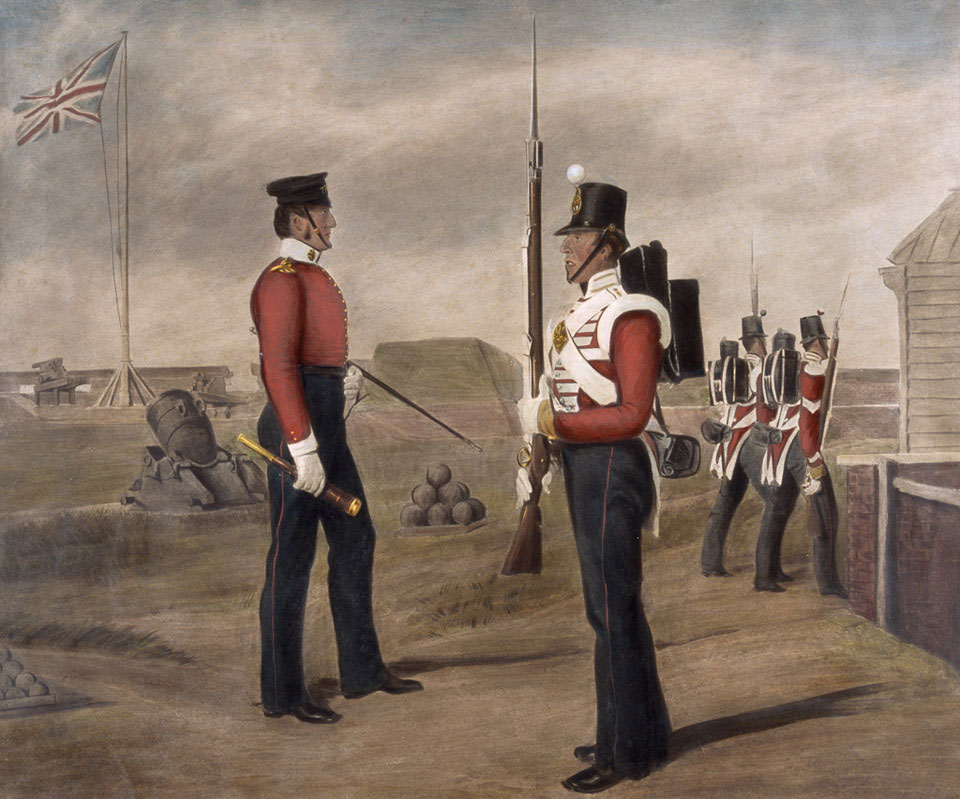 Major (later Colonel) Thomas Graham Egerton and a sentry of the 77th (The East Middlesex) Regiment of Foot, on the King's Bastion, Portsmouth, 1849

Egerton was killed on the night of 19 April 1855 leading an attack against the defences of Sevastopol. Lord Raglan described his capture of the Russian rifle pits, known from then on as 'Egerton's Pit', as a 'brilliant achievement', which was 'dearly bought by the sacrifice of Colonel Egerton, who was one of the best officers in the army, and looked up to by all'.