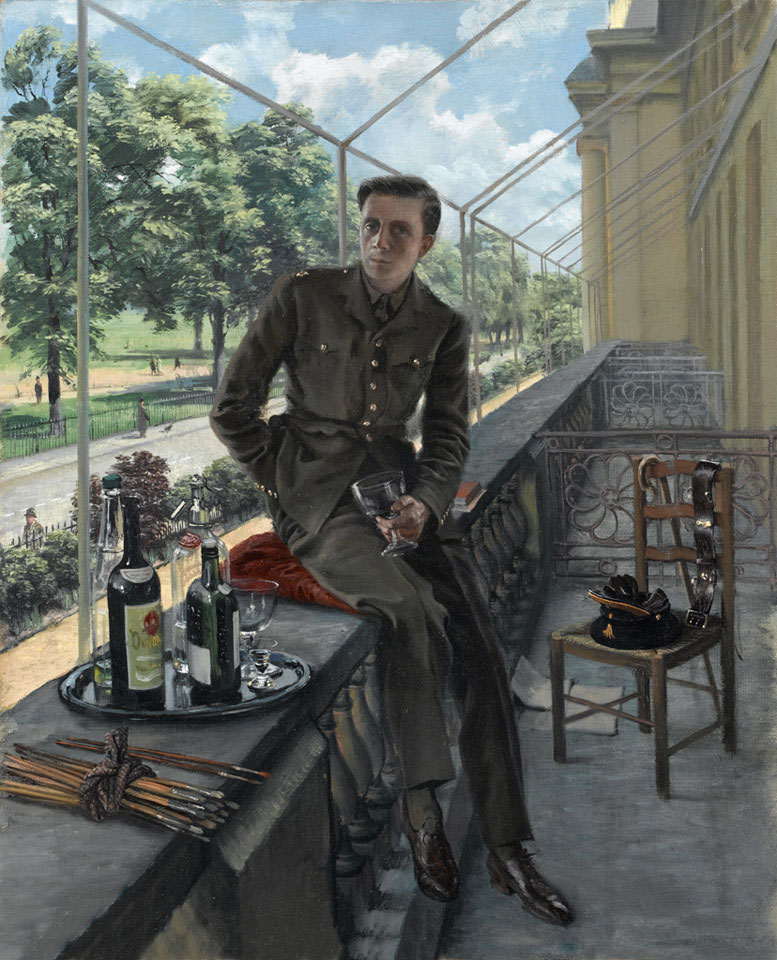 The artist depicted himself enjoying a drink on the balcony of a friend's house in York Terrace, overlooking Regent's Park, London, on 'the day his uniform came'. Aged 35 and too old for immediate conscription, Rex Whistler had volunteered for service upon the outbreak of war: he saw it as a duty that men of his age should fight, rather than 'young boys'. By this time Whistler had already established a considerable reputation as an artist, particularly of trompe l'oeil murals, stage designs and book illustrations.

Following the mechanisation of the Foot Guards as part of the Guards Armoured Division in 1941, Second Lieutenant Rex Whistler, 2nd Battalion Welsh Guards, found himself a troop commander, in charge of three tanks. During four years of intensive military training at Caterham, Wiltshire, Norfolk and on the Yorkshire moors, he continued to produce commercial work, and drew continuously for his friends. But in late June 1944, his regiment crossed the Channel with the division, equipped with Cromwell tanks.

Tragically, the artist was killed on his first day in action, 18 July 1944, during Operation GOODWOOD near Caen in Normandy. Concerned for his men who were trapped in a tank, he had left the safety of his own tank to help, but was blown up by blast from a German mortar. He is buried in the small military cemetery at Banneville-la-Campagne.