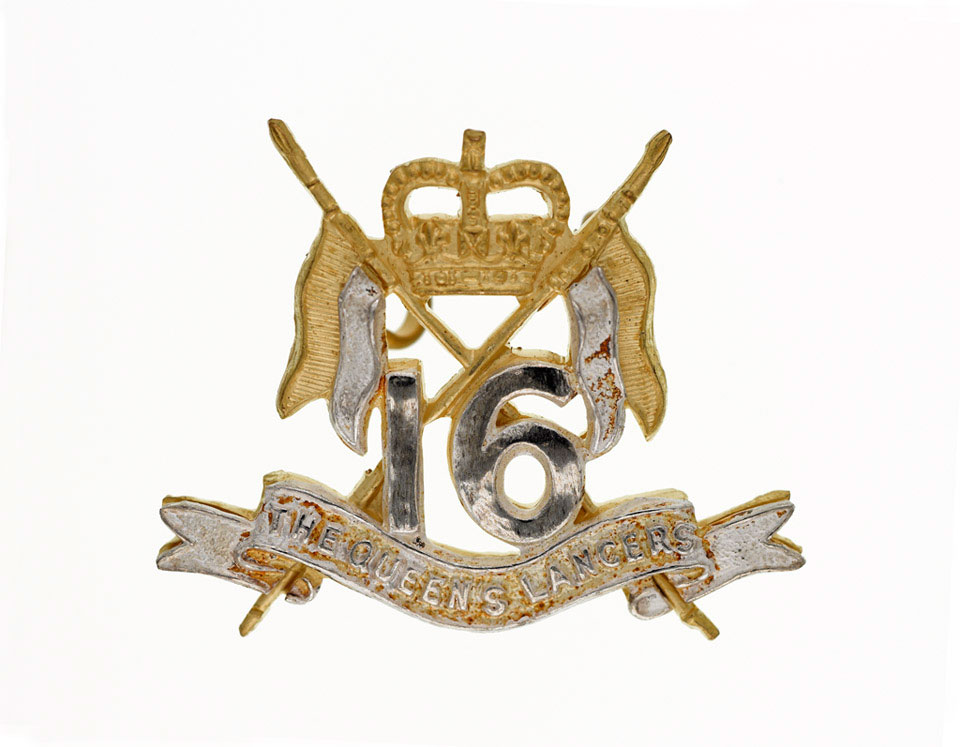 This regiment was formed in 1922 by by amalgamating the 16th Lancers with the 5th Lancers. The 5th Royal Irish Lancers had been dishonourably disbanded between 1799 and 1858, putting them 18th, not 5th, in the cavalry order of precedence. This is why they took second place in the new regiment's title.

The 16th/5th's badge consisted of a crown between a pair of crossed lances, with their pennons flying downward. Superimposed over the centre of this was the numeral '16', and below this a scroll bearing the title 'The Queen's Lancers'.