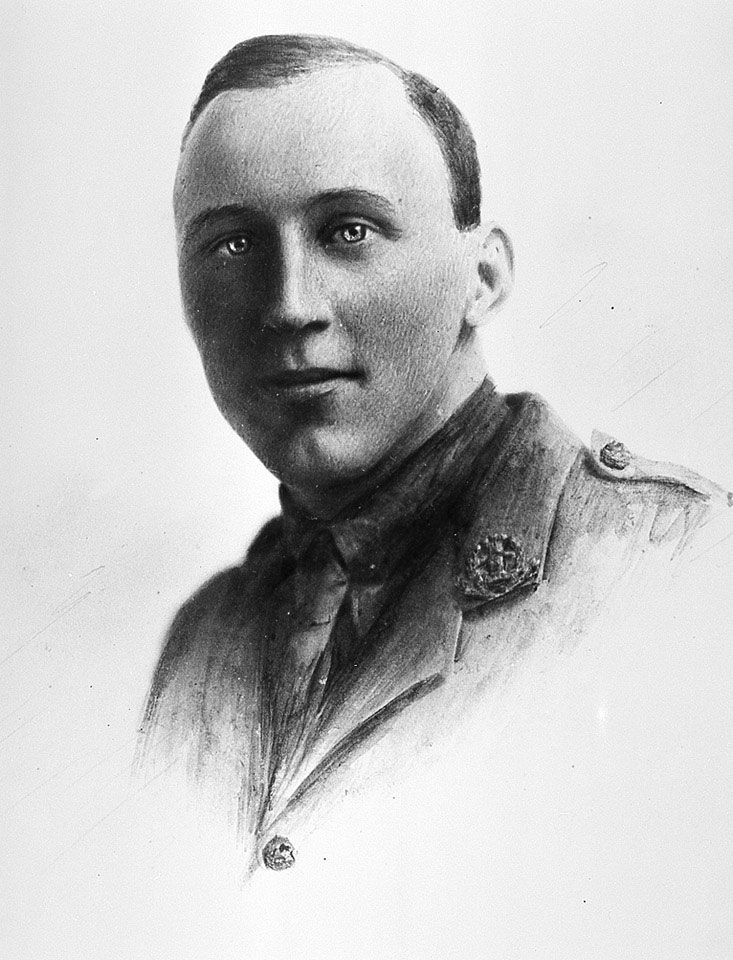 Allastair Malcolm Cluny McReady-Diarmid was awarded the Victoria Cross for his actions between 30 November and 1 December 1917 at the Moeuvres Sector in France. His citation in 'The London Gazette' of 12 March 1918 states:

'when the enemy penetrated into our position, and the situation was extremely critical, Captain McReady-Diarmid led his company through a heavy barrage and immediately engaged the enemy and drove them back at least 300 yards, causing numerous casualties and taking 27 prisoners.

The following day the enemy again attacked and drove back another company which had lost all its officers. The captain called for volunteers, and leading the attack, again drove them back. It was entirely due to his marvellous throwing of bombs that the ground was regained, but he was eventually killed by a bomb'.