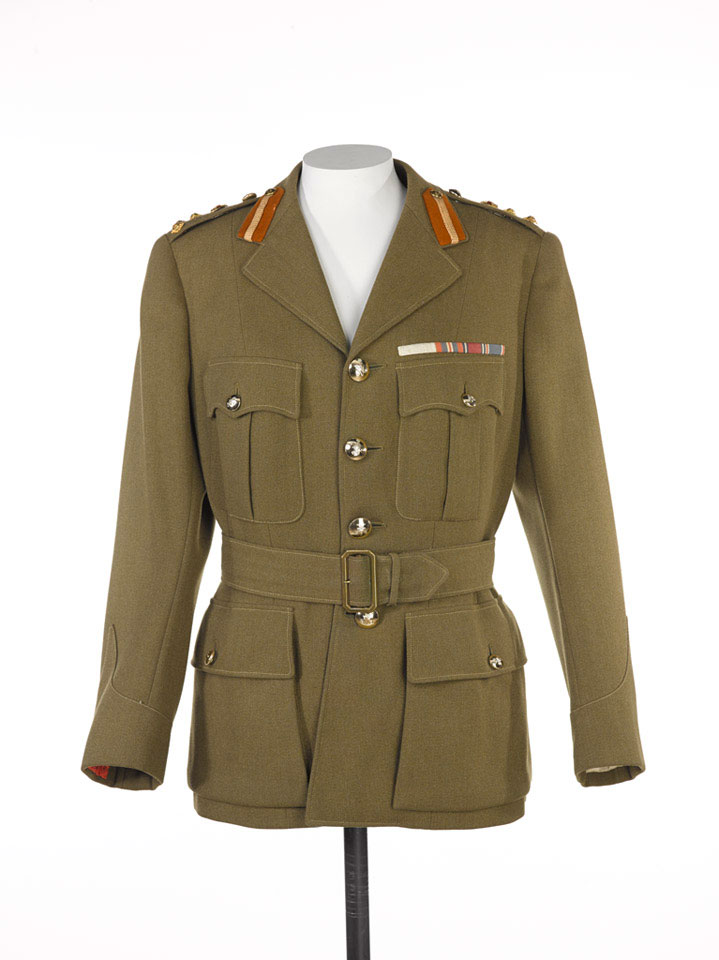 Service dress tunic worn by Princess Elizabeth when she held the honorary commission of Brigadier in the Women's Royal Army Corps, 1949-1953

Made of khaki wool barathea by Sandon and Company Limited, Savile Row, London.

When the Women's Royal Army Corps (WRAC) was founded in 1949 as a successor to the wartime Auxiliary Territorial Service (ATS), Princess Elizabeth (later Queen Elizabeth II) became an Honorary Senior Controller and later Honorary Brigadier. She resigned these appointments on becoming Queen in 1953.