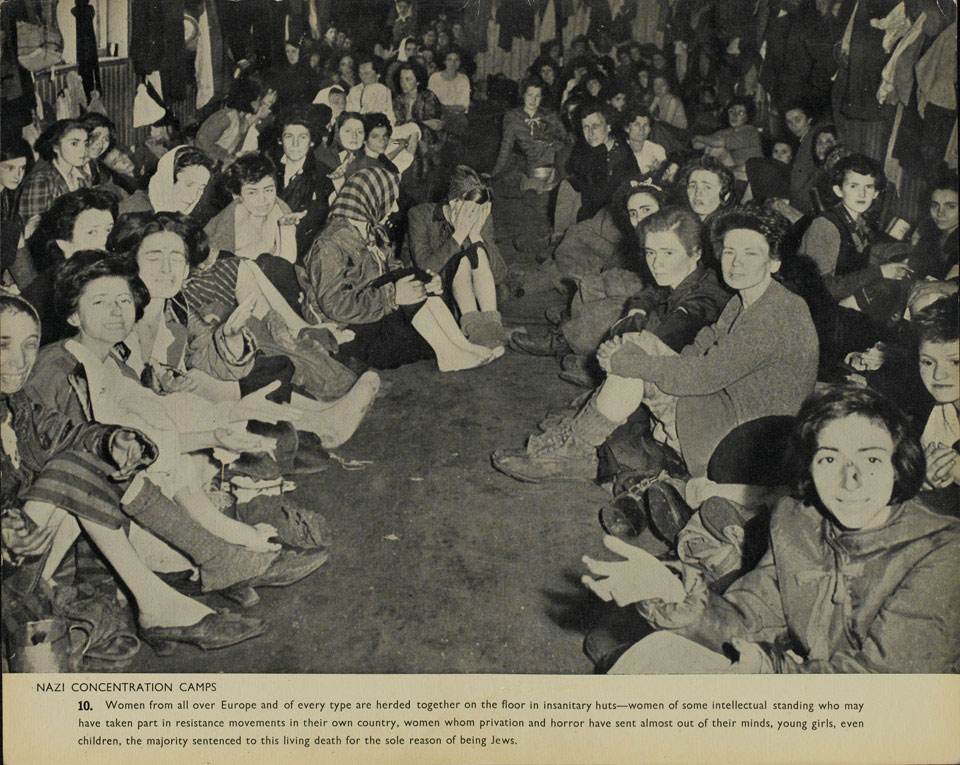 Women and girls from all over Europe are gathered together on the floor of an unsanitary hut at the Bergen-Belsen camp near Hanover in Germany. They are the lucky few, still alive when British troops of the 2nd Army reached the camp on 15 April 1945. Many more had already perished from disease, starvation and brutality. Among the many victims were Anne Frank and her sister Margot, who both died of typhus a month before the camp's liberation.

One of 23 photographs of Nazi Concentration Camps, issued by the Ministry of information.