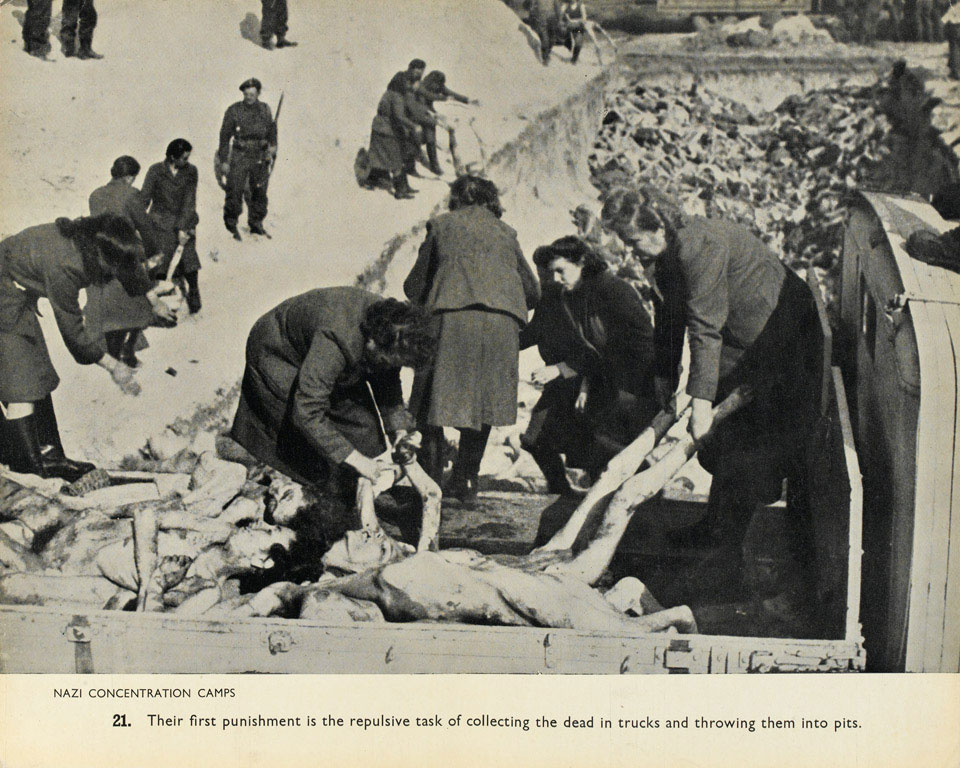 When British troops first arrived at Belsen on 15 April 1945 they made the SS personnel collect and bury the bodies of their victims. Eventually, the British had to resort to bulldozers to push the thousands of bodies into mass graves. Evacuation of the camp began on 21 April and the last hut was burned to the ground on 21 May 1945. German civilians living near Belsen were taken there to see what had gone on inside the camp in their name. Photographs and film taken at the camp and published in the media brought home to British people the full horror of the Nazis' crimes.

One of 23 photographs of Nazi Concentration Camps, issued by the Ministry of information, 1945 (c).