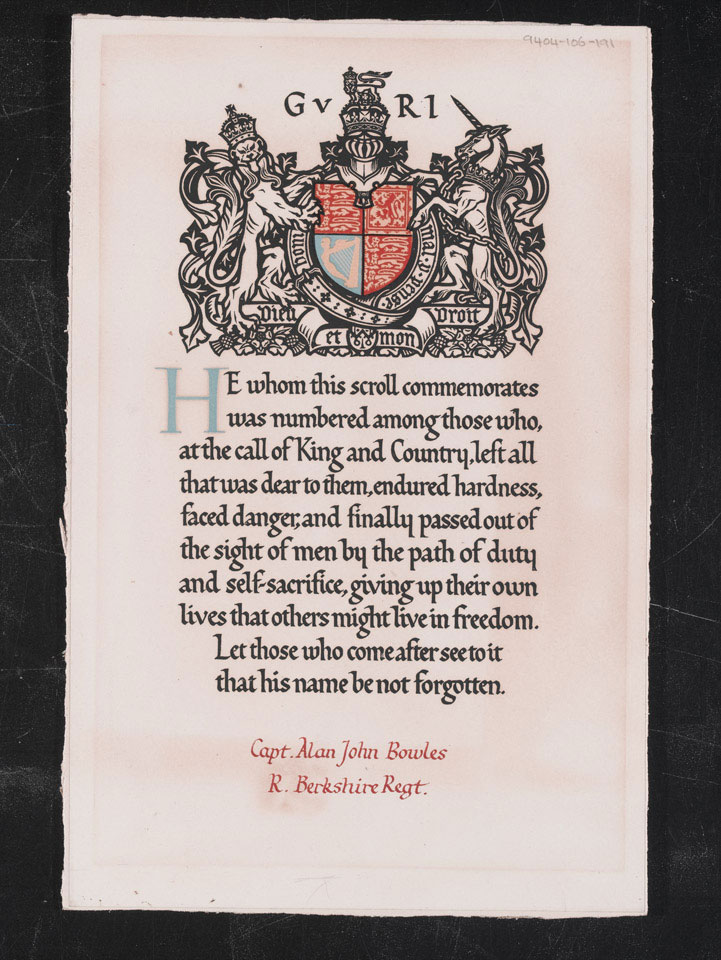 Commemorative scroll issued to the next of kin of Captain Alan Bowles, 1919 (c)

Scrolls like this were issued with memorial plaques (popularly known as the 'Dead Man's Penny') to the next-of-kin of all British and Empire service personnel who were killed during the war. Bowles was killed in action at La Boiselle near Albert on 10 April 1916 while serving with the 1st Battalion Princess Charlotte of Wales's (Royal Berkshire Regiment).