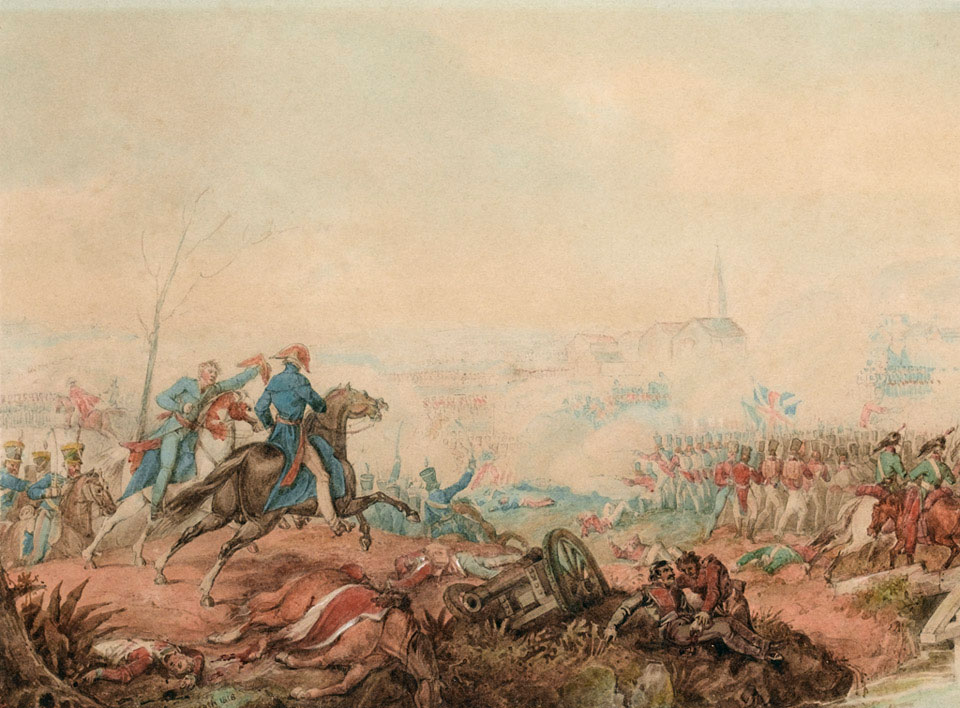 On 21 August 1808, General Sir Arthur Wellesley's Anglo-Portuguese army defeated the French at Vimeiro near Lisbon, ending France's first invasion of Portugal. The French lost 2,000 men, compared to 700 Anglo-Portuguese losses. No attempt to follow up the victory was made as Wellesley was superseded in command by Generals Sir Harry Burrard and Sir Hew Dalrymple.

They signed the Convention of Cintra, which although achieving the overall British aim of clearing the French out of Portugal caused uproar back in Britain because the evacuation was carried out in British ships with the French allowed to take all their plunder with them.