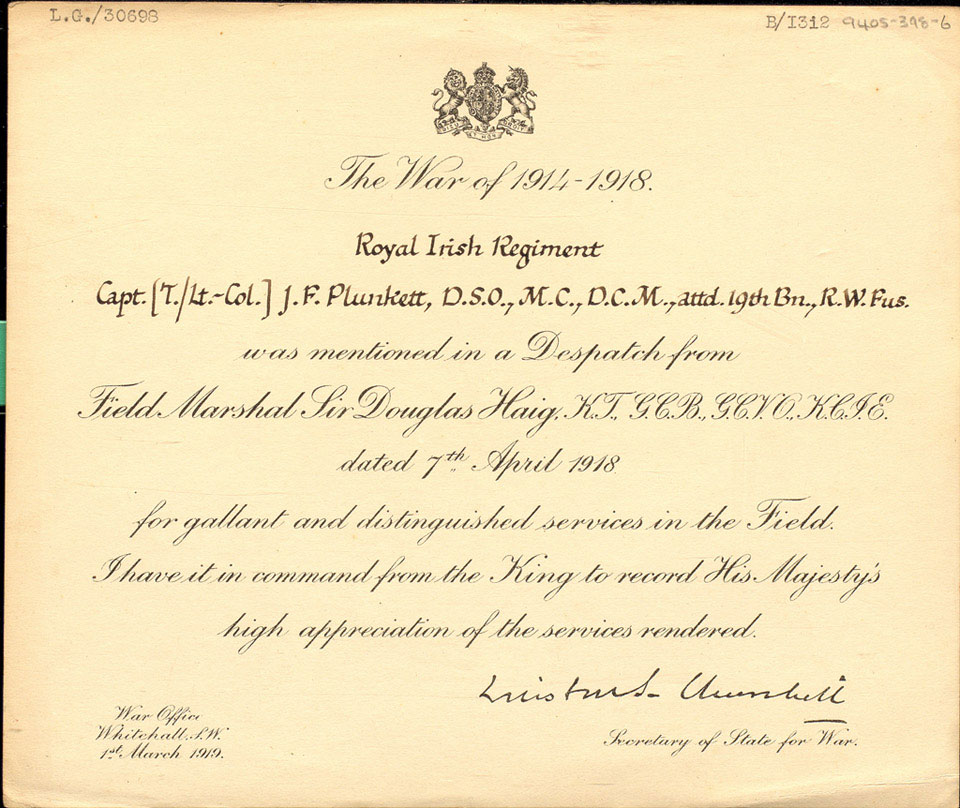 Issued by the War Office, 1 March 1919, signed by Winston Churchill, Secretary of State for War.