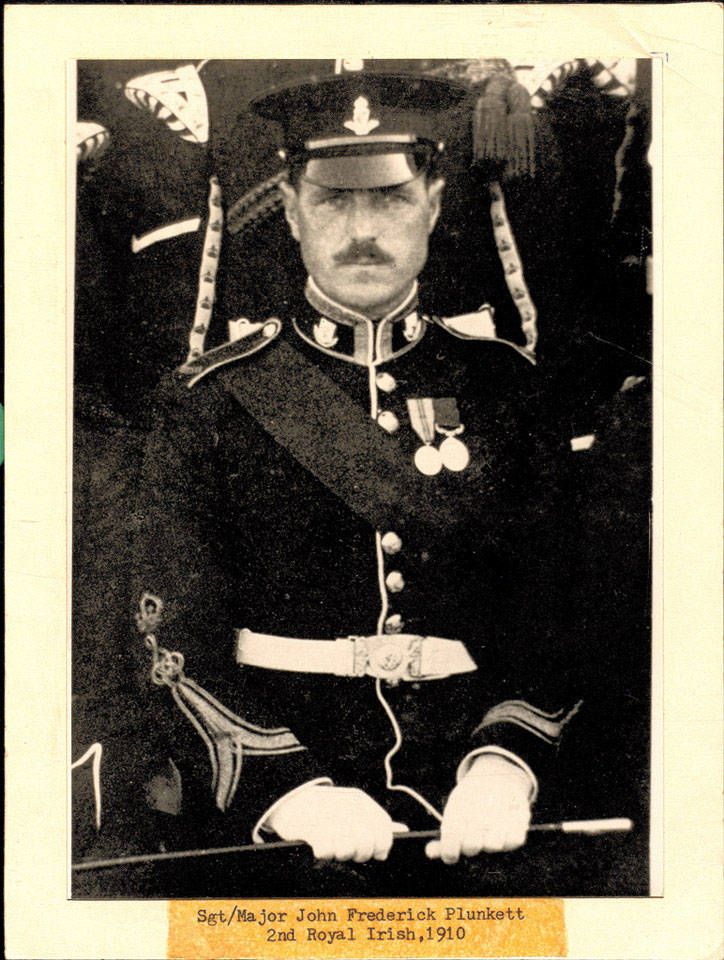 Born in Kilkenny, Ireland, in 1878, Frederick James Plunkett joined the Royal Irish Regiment as a boy soldier. By the outbreak of the First World War in 1914 he had served 23 years and risen to become Regimental Sergeant Major. He saw service on the Western Front throughout the war and took part in many battles, including Mons, Marne and Aisne (1914), Cambrai (1917), and the final advance to victory in 1918. During this time he exhibited great leadership qualities, rising to Lieutenant Colonel and becoming a first class battalion commander. He was also awarded the Distinguished Conduct Medal, the Military Cross and the Distinguished Service Order and two bars, and was mentioned in despatches five times, making him one of the most highly decorated servicemen of the war.