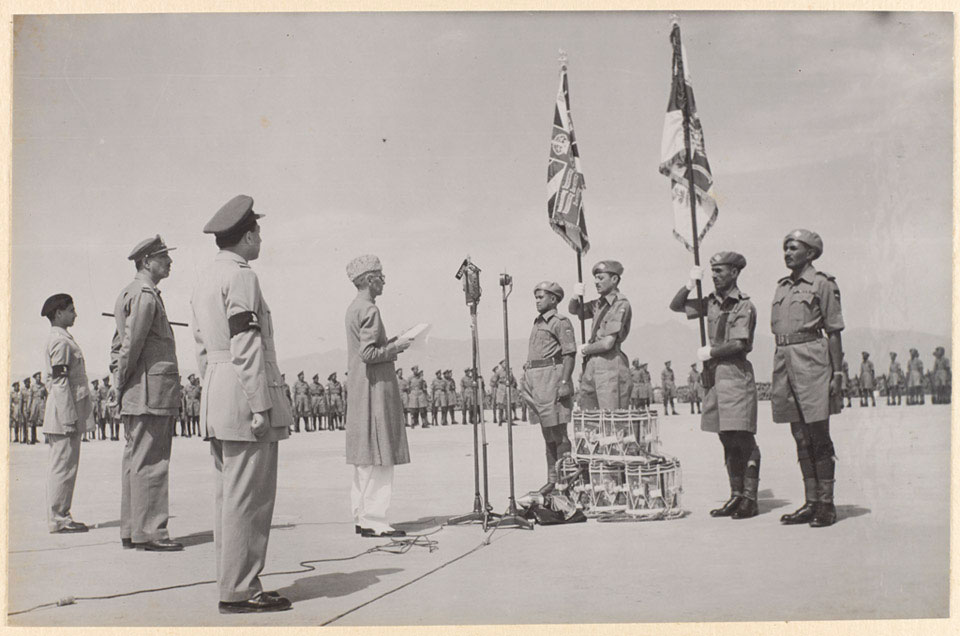 Jinnah, formerly leader of the All-Indian Muslim League, became Pakistan's first Governor General following independence in August 1947. India and Pakistan's independence also led to the division of the old British Indian Army and five of the six Punjab Regiments, including the 15th, were allocated to Pakistan.

From an album of 64 photographs presented to Lt Col F G Milligan by the Pakistani Officers who had served with him, 1948.