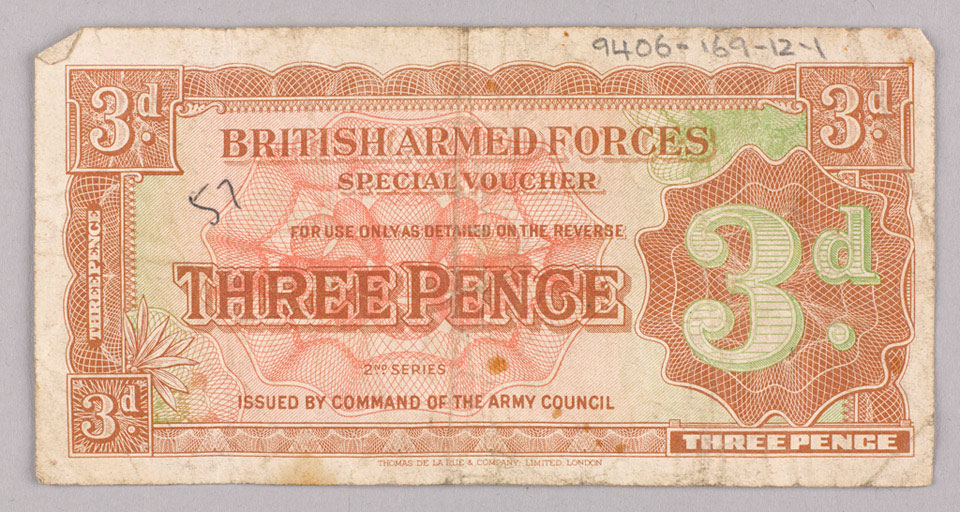 In the immediate aftermath of the Second World War, illicit deals and commerce was utterly rampant across the British Zone of Occupation in Western Germany. This was due to a shortage of food, the useless value of paper marks, a lack of transport for proper distribution for supplies, a lack of working German courts. But the implications of the occupation were also having an effect, with smuggling from neighbouring Holland and Luxembourg, from the French Zone and even reportedly by 'Belgian troops in Belgian Army lorries' contributed to the chaos.

In the absence of a functioning economy, cigarettes became the major currency. But anything could be used to barter with. Bernard Tamplin, who served in the British Army of the Rhine (BAOR) as a National Serviceman between 1947 and 1949, was a willing participant:

'They couldn't get coffee for love nor money, and the Germans do like coffee. So when I went to England I used to come back loaded with 10 pounds of coffee beans. You could smell me coming. How I ever got through customs I'll never know. You could sell five pounds of beans for something else - I had two civilian suits made while I was in Germany. It was all on the black market. It was stuff we sold that we shouldn't have had. But that was the way life was ... Cigarettes were terribly short in Germany and their tobacco was awful, so they used to like English cigarettes. For 200 cigarettes you could get a suit. There was nothing in the German shops at all. It was all black market.'

Indeed, so pervasive was the black market that in the various towns and cities they operated brazenly like normal marketplaces, in full view of the authorities.

In March 1946, it was decided that a special military voucher system was needed to try to curtail the black market in the British Zone of Occupied Germany. On 1st August 1946, the first series of 52.4 million British Armed Forces Special Vouchers (BAFSV), valued at just over £10 million, were printed and officially issued in Germany. The soldiers would be part paid in these, and they were the only accepted currency in the NAAFI canteens and various messes. However, the ingenuity of the local black market quickly reacted and absorbed these, and they entered wider circulation. In mid-1947 plans were made to issue a second series, and then immediately demonetise the first to limit the conversion of illicitly gained first-series vouchers. This scheme was carried out on 6th January 1948 and, combined with the beginnings of an economic recovery, helped break the back of the black market. These are example of those 2nd series editions.

From a collection of papers of 14741155 Sergeant A R Wilson, Durham Light Infantry and Northamptonshire Regiment, North West Europe 1944-1947.