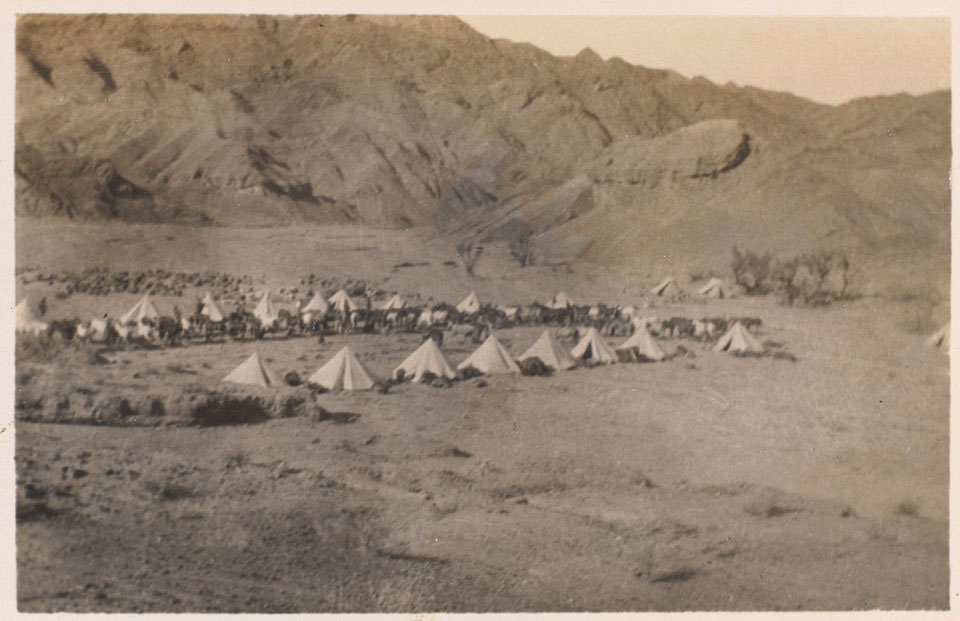 A British cavalry camp, part of the eastern Persian cordon, 1916