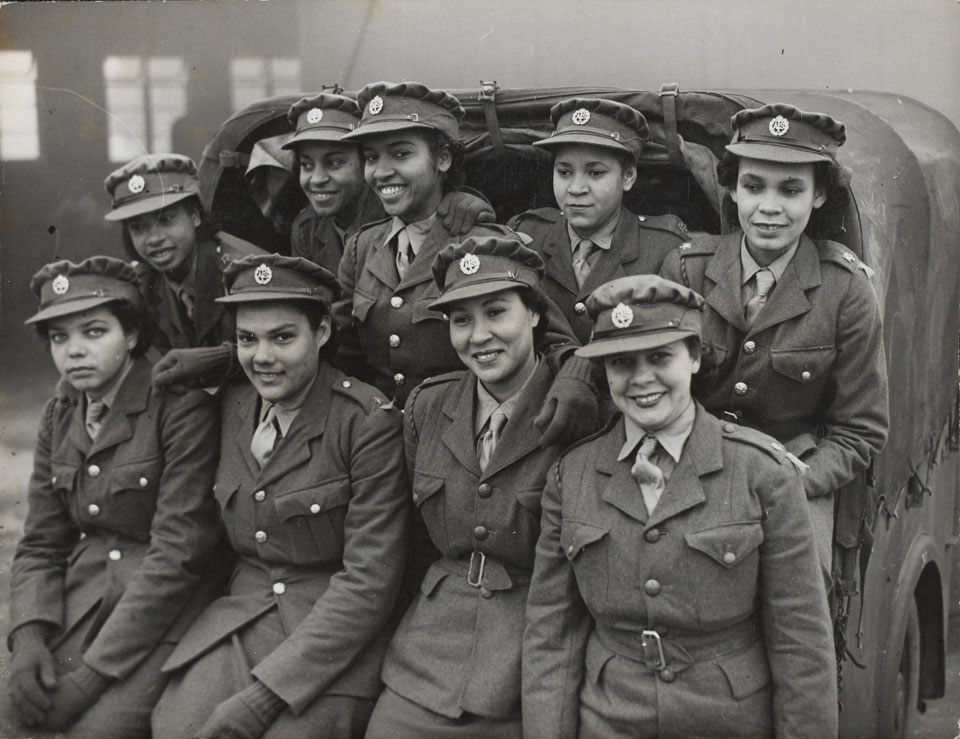 Black women from the West Indies had to overcome formidable barriers of prejudice when they attempted to join Britain's uniformed services during the Second Word War.

In the early years of the war they were rejected by the War Office, initially on the grounds of colour, then later with the dubious argument that they would find it difficult to adapt to the climate and culture of Britain and so would be unable to discharge their duties effectively.

However, this barrier was eventually broken down in the face of the growing demand for service personnel and when the Colonial Office pressed for a non-discriminatory recruitment policy on the grounds than it would greatly improve relations between Britain and the Caribbean. From 1943 Black women were allowed to enlist in the Auxiliary Territorial Service (ATS) and RAF (Royal Air Force) and be posted to Britain.