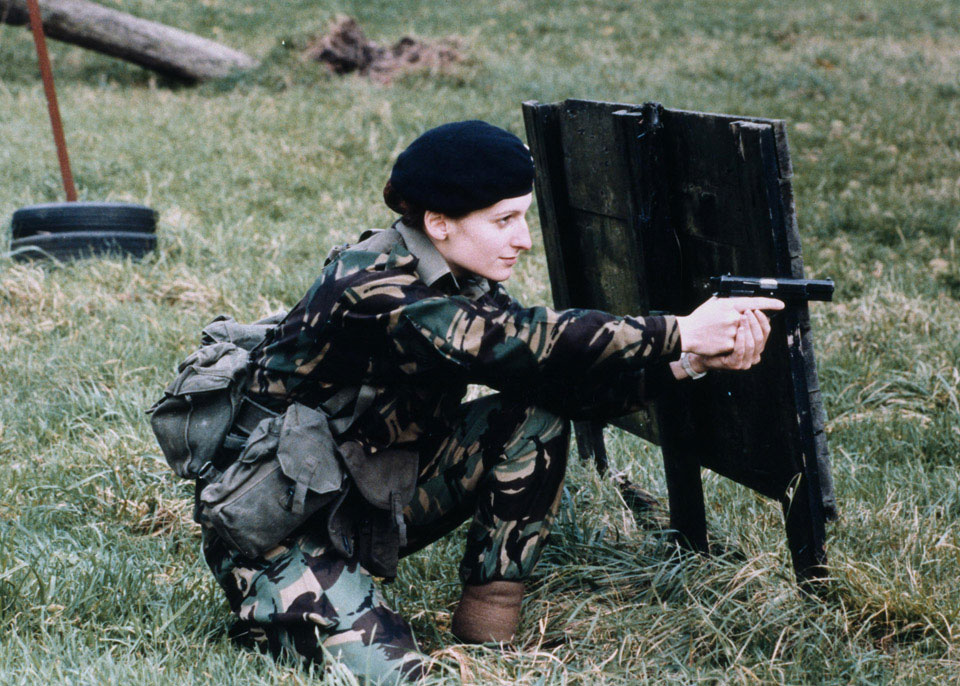 Women were accepted into the Royal Military Academy Sandhurst from 1984. Before this they underwent officer training at a separate college in Camberley called the Women's Royal Army Corps College. Women were also blocked from carrying or training in the use of firearms in the British Army until the 1980s.

From a collection of photographs relating to the training of the Women's Royal Army Corps officer cadets at the Royal Military Academy Sandhurst, 1981-1984 (c).