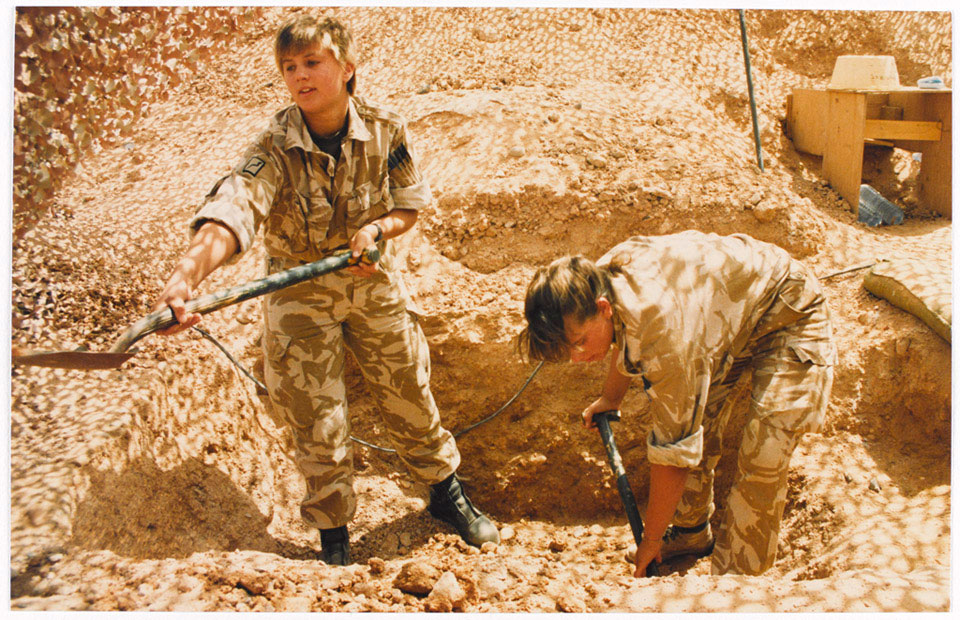 Around 200 women of the Women's Royal Army Corps (WRAC) served during the Gulf War and this was the last time women in the Army were deployed on a large scale as a separate corps. The WRAC were disbanded in 1992 and its personnel were either permanently placed with the regiments and corps they had been attached to, or were transferred to the newly formed Adjutant General's Corps which was formed on 6 April 1992.