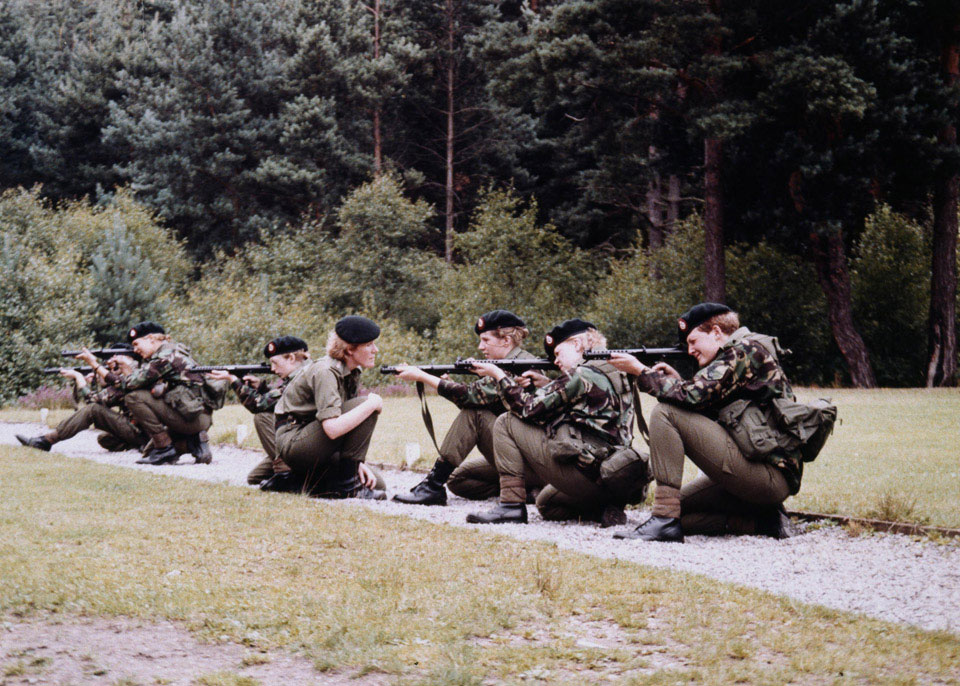 Guildford in Surrey was the home depot of the Women's Royal Army Corps (WRAC). The Queen Elizabeth Barracks opened in 1964 and new WRAC recruits undertook their basic training there until 1992 when the corps was disbanded.