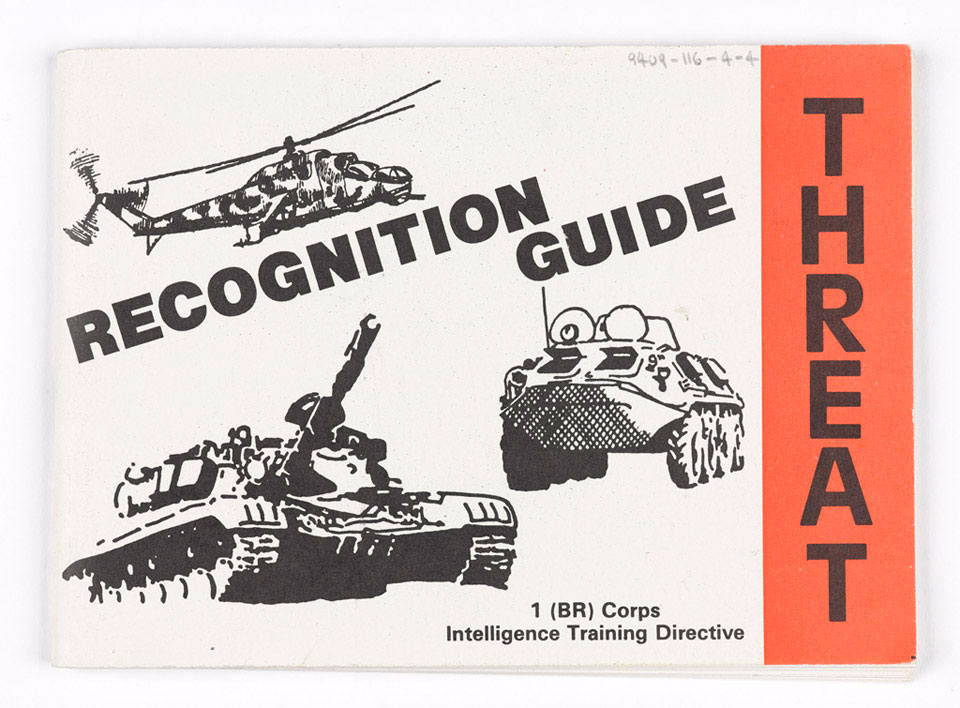 During the Cold War, British defensive efforts were focused on the British Army of the Rhine in West Germany, and I (BR) Corps. The looming threat of the Soviet forces massed across the Inner German Border were the principal enemy for which the Army prepared. Outnumbered three to one, any battle would be short and bloody. Everything about life in the British Army of the Rhine was geared towards fighting and winning this. It was about preparing not just for a war, but the war.

Intelligence on the enemy was key. Threat recognition guides were produced and regularly updated to tell British soldiers what to expect from the Soviets - and what weaknesses their equipment had. At the same time, handbooks were produced to help British soldiers recognise friendly and allied equipment when on training exercises, so when the time came in the heat of battle they could distinguish between friend and foe.