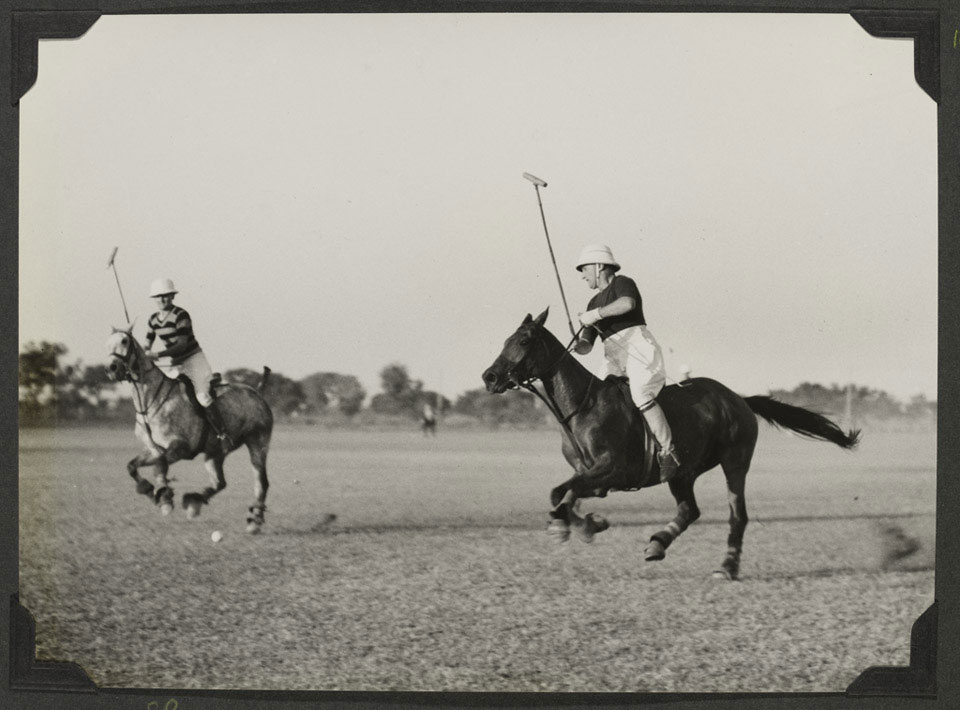 Polo, a sport played on horseback with mallets, has been played in India since ancient times. The game originated around AD 33 in the state of Imphal, in north-east India. The British took up the sport with great enthusiasm during the 19th century. It was played by all Indian Army cavalry regiments as it helped develop soldierly qualities such as leadership, horsemanship, initiative, endurance, esprit de corps, teamwork and independence.

From an album of 95 photographs compiled by Captain Robert Piper, Royal Artillery, India, 1937-1940.