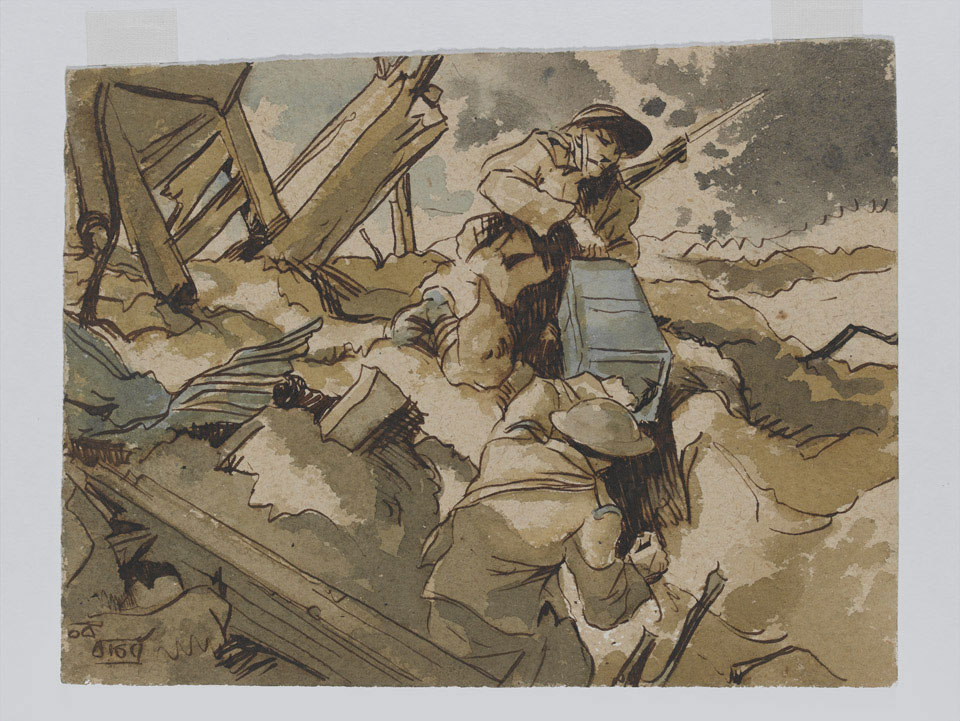 As part of an 18-pounder gun battery crew, Talbot Kelly took part in many of the major offensives of the Western Front, including the Battle of Loos (1915), the Battle of the Somme (1916) and the Battle of Arras (1917) and the Battle of Passchendaele (1917). He regularly served as a Forward Observation Officer (FOO), tasked with spotting where the artillery shells were landing. The unique vantage point of the battlefields that this job gave him obviously inspired his illustrations.