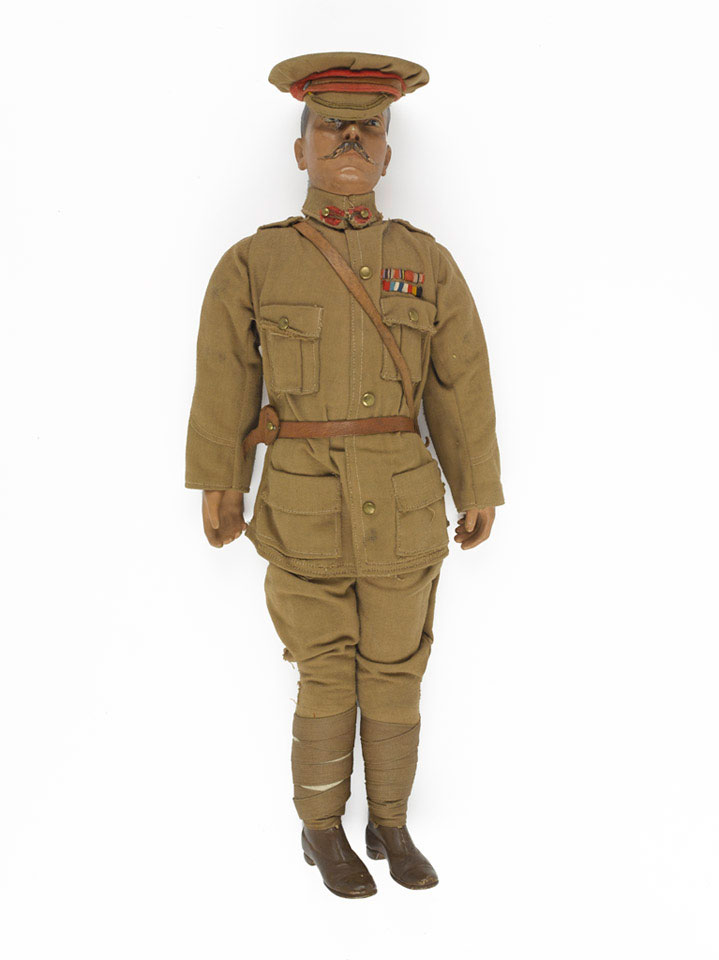 Disabled veterans made toys, including this one, in The Lord Roberts Memorial Workshops set up to reskill men. It gave them a way of earning money after injury. The Workshops were formed in 1915 and named after Field Marshall Lord Roberts who had died at the end of 1914, and who had long campaigned for more to be done for ex-servicemen and especially those who had been injured and disabled.

Men who returned home from the First World War with life-changing injuries returned to civilian life with a pension, but very few opportunities for employment. The primary object of the Workshops was 'the economic utilisation of maimed men untrained in any craft', 'men broken in the wars, men whose arms and legs and hands are stricken off or permanently injured men'.

The drilling and block-making machines used in the Workshops were fitted with flexible pulls and could be easily operated by soldiers who had the use of only one arm. Women and girls were also employed in the Workshops; all were dependants or daughters of soldiers and sailors.

Toys were the obvious product, as the war had cut off the supply of toys from Germany which had been a main source of imported toys.

Kitchener, the Secretary of State for War, was a recognisable figure by 1915. He had appealed for volunteers for his 'New Armies' in August 1914. Recruitment officers were sent to towns, cities, factories and clubs. Propaganda posters bearing his image were placed all over the country to persuade men to sign up.