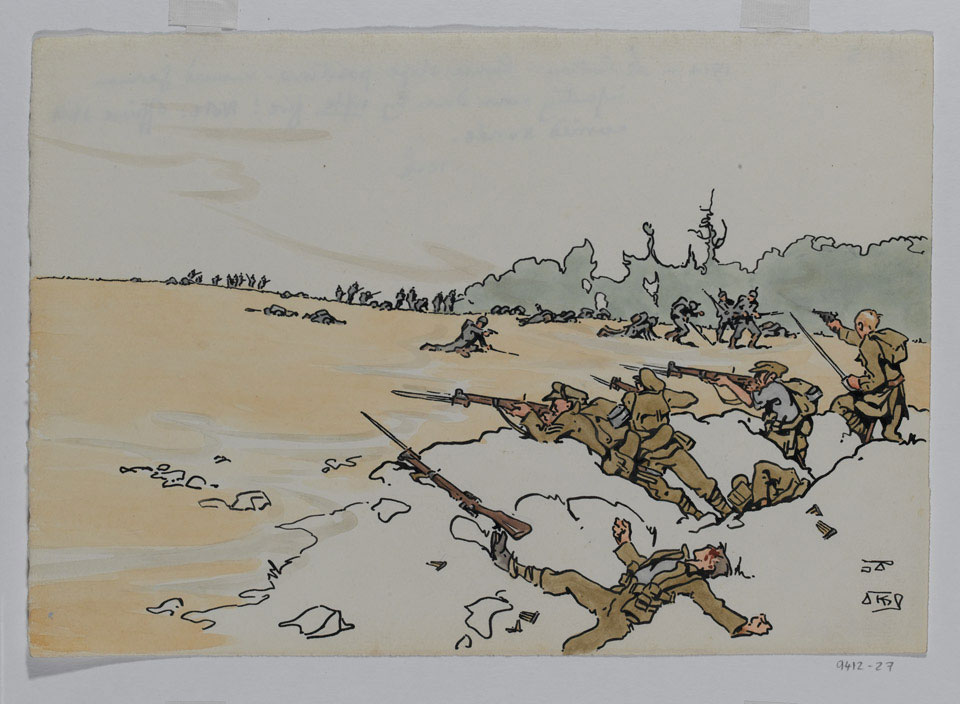 Advancing German infantry are fired on from entrenched British positions on the Western Front. The Battle of Le Cateau (26 August 1914) was one of a series of holding actions fought by the British Expeditionary Force (BEF) during the Allies' retreat to the River Marne. Kelly's inscription also states: 'Note: Officers still carried swords, 26 August 1914.'