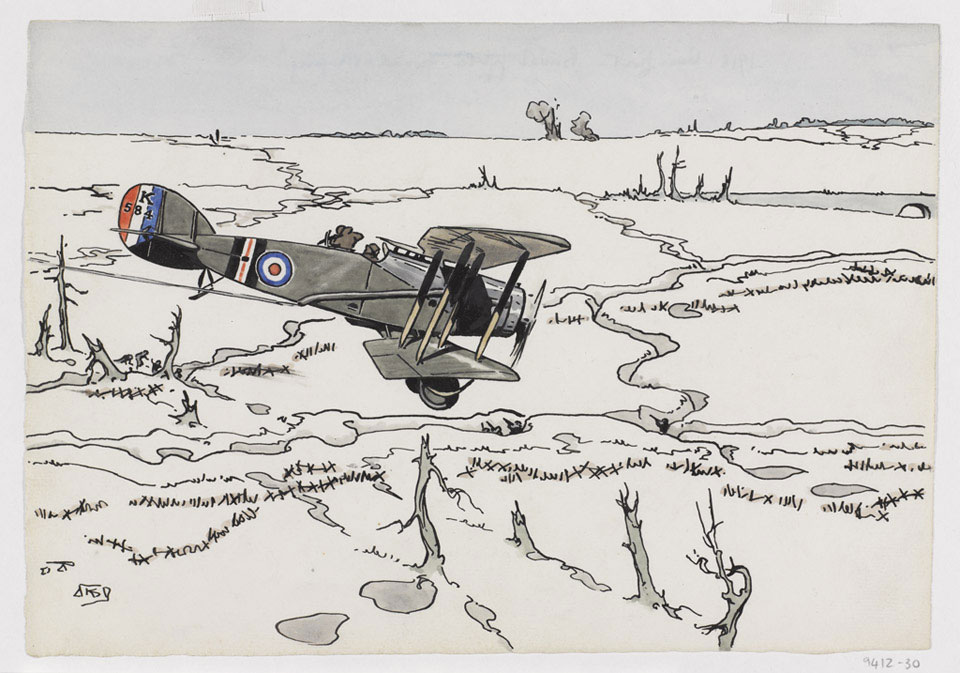 As 1918 progressed the British and Imperial forces on the Western Front increasingly developed the concept of the 'all arms' battle in which artillery, armour, aircraft and infantry operated effectively together. Air power was a key component of this and ground attack aircraft played an important role in the British advances following the Battle of Amiens in August 1918.

As part of an 18-pounder gun battery crew, Talbot Kelly took part in many of the major offensives of the Western Front. He regularly served as a Forward Observation Officer, tasked with spotting where the artillery shells were landing. The unique vantage point of the battlefields that this job gave him, inspired him to draw his experiences.