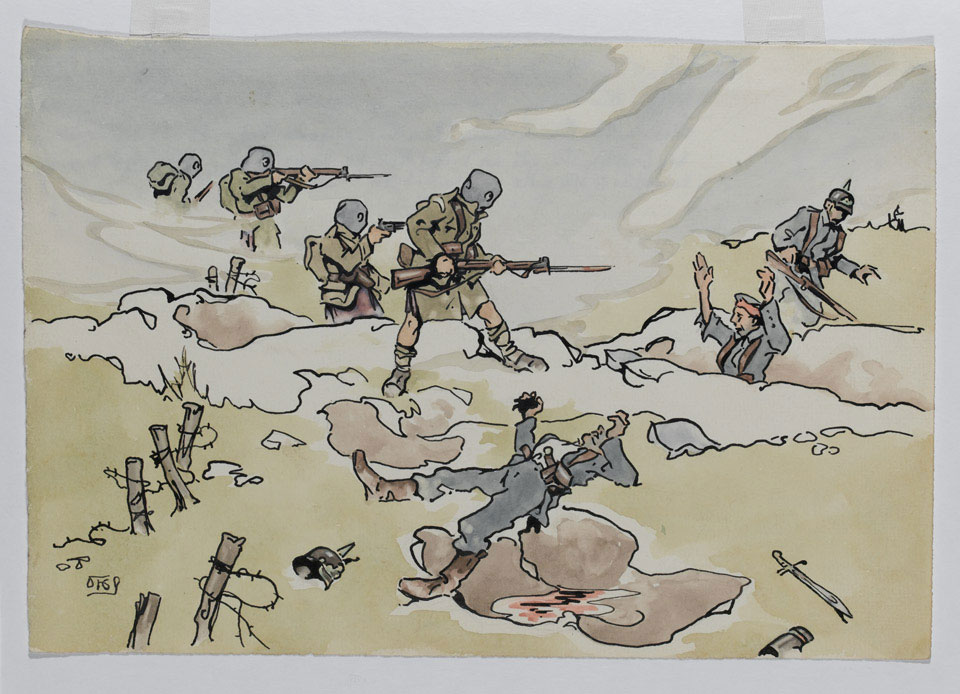 The Hohenzollern Redoubt was one of the the strongest positions in the German lines at Loos. It protected a small hill that afforded views in all directions to whoever possessed it. On the opening day of the Battle of Loos it was successfully assaulted by 26th Brigade, including 5th Battalion The Queen's Own Cameron Highlanders, but in the days that followed the attacking troops soon found themselves isolated and surrounded on the flanks. Despite being reinforced they were eventually compelled to retire in the face of fierce German counter-attacks.

The accompanying inscription states: 'Note - the early gas mask in which the assault was made The gas we used here for the first time, and then I died about causing casualties to both sides.'