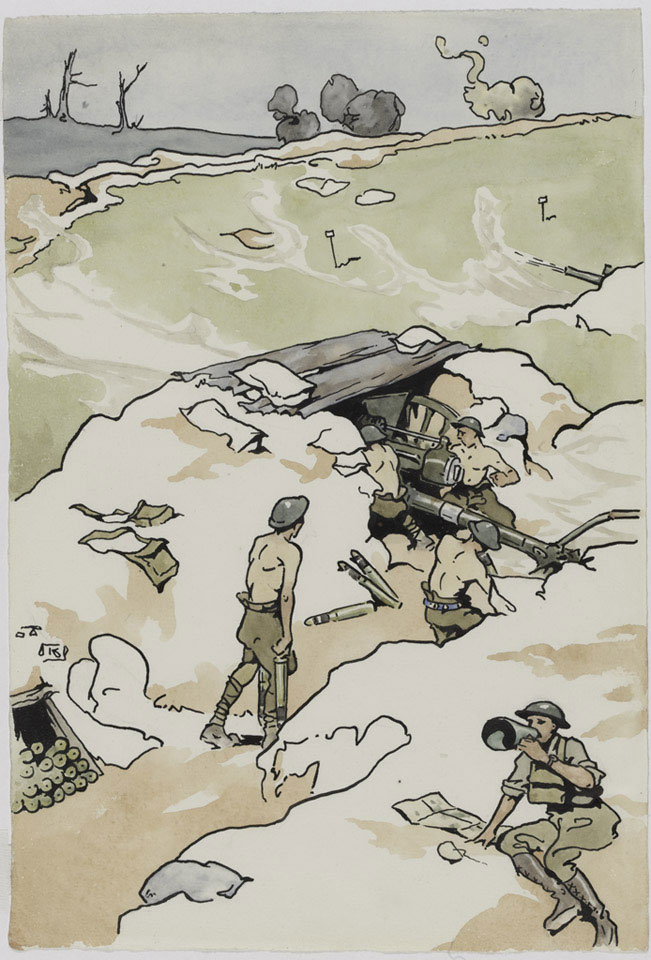 As part of an 18-pounder gun battery crew, Talbot Kelly took part in many of the major offensives of the Western Front, including the Battle of Loos (1915), the Battle of the Somme (1916) and the Battle of Arras (1917) and the Battle of Passchendaele (1917). He regularly served as a Forward Observation Officer, tasked with spotting where the artillery shells were landing. The unique vantage point of the battlefields that this job gave him, obviously inspired his illustrations.

The British went on the offensive at Arras between 9 April and 16 May. After a huge artillery bombardment, elements of the First, Third and Fifth armies advanced up to eight kilometres (five miles) before the assault was halted. Casualties surpassed 150,000 for the British and Canadians and 100,000 for the Germans. Once again there had been no breakthrough, even though the Canadian Corps gained some success in taking Vimy Ridge, a key feature that dominated the surrounding area. Several days later a new French offensive from Soissons to Reims also ground to a halt after massive casualties.