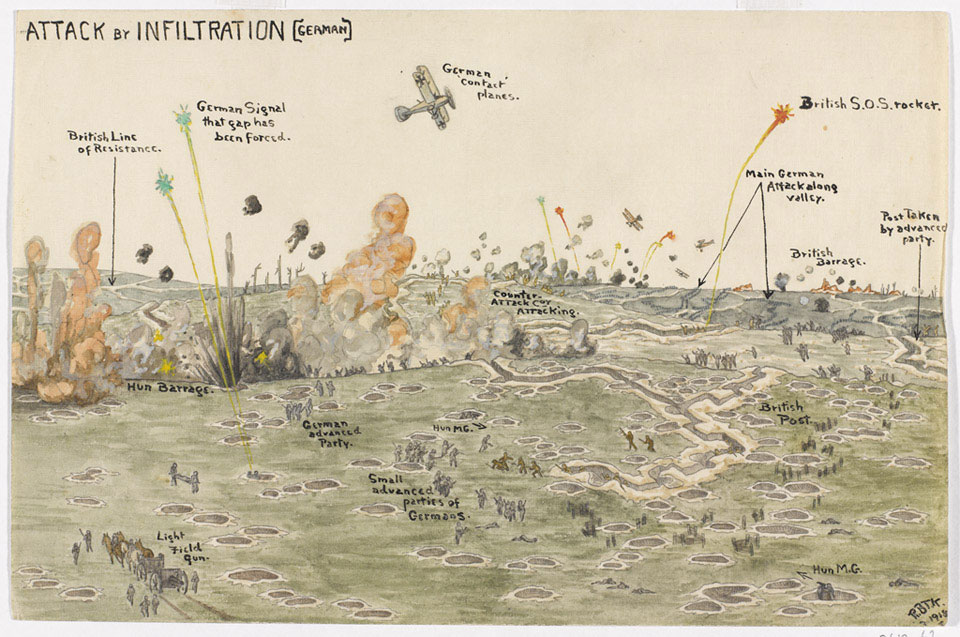 During their Spring Offensive of 1918 the Germans used infiltration tactics against the Allies. Following relatively short, but intense 'hurricane' bombardments targeted on artillery and machine-gun positions, headquarters, telephone exchanges, railways and communication centres, heavily armed German storm troopers assaulted weak-points in the line, by-passing pockets of Allied resistance and breaking through their trench system, leaving the following waves of troops to 'mop up' any defenders.

Although they did this with great success during the start of Operation Michael, by July their offensive was running out of steam and the defensive counter-measures taken by the Allies had taken a heavy toll on their forces.