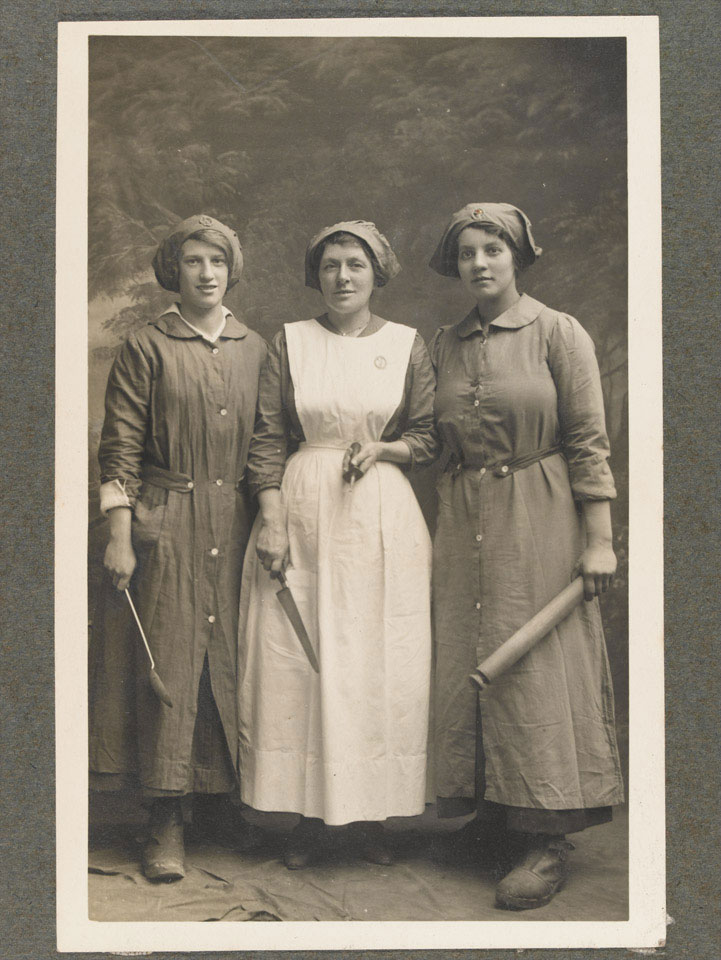 In August 1915 Lady Londonderry helped establish the Women's Legion to cook for the Army. Based in Dartford, it provided cooks, waitresses and gardeners and from 1916, motor transport drivers. The latter chiefly served with the Royal Flying Corps (RFC). Although it was not formally under Government control or part of the Army, in the spirit of the times its members adopted a military-style organisation and uniform. In February 1917 all 7000 Women's Legion cooks and waitresses were transferred into the Women's Army Auxiliary Corps.

From an album containing 103 photographs relating to the Women's Legion and the Women's Royal Naval Service, 1917 (c).