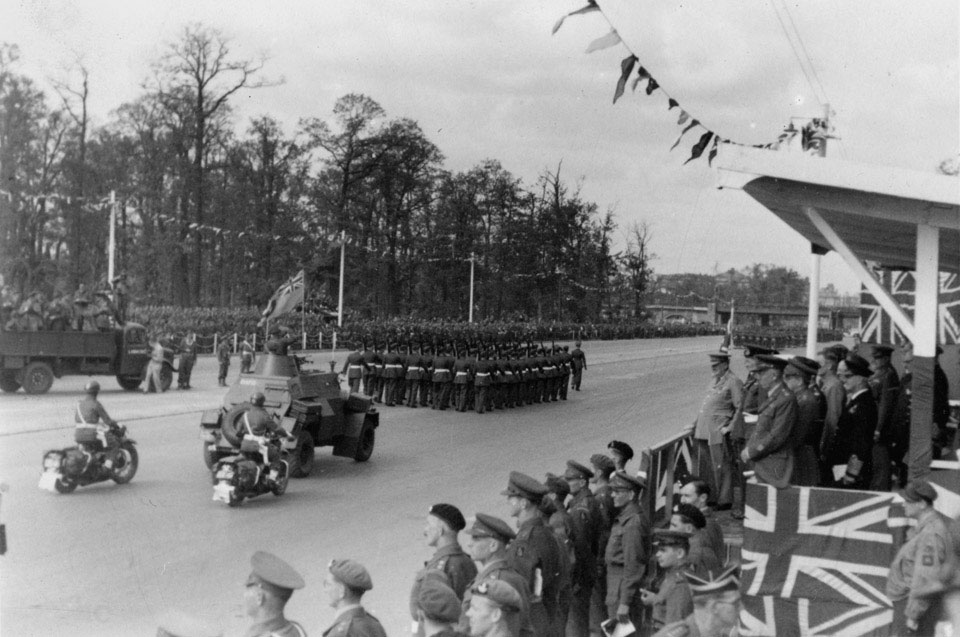 Royal Air Force (RAF) personnel marching in a parade in Berlin. A RAF Humber light reconnaissance car and motorcyclists follow a unit of the RAF Regiment.

After the conclusion of World War Two (1939-1945), the victorious Allies set about occupying a defeated Germany. On 21 July 1945, the British held a victory parade through the ruins of Berlin to commemorate and celebrate the end of the War. Troops, including units from the Royal Navy, Royal Air Force, Royal Horse Artillery, Royal Engineers, 131 Infantry Brigade and 7th Armoured Brigade paraded under review by British Prime Minister Winston Churchill and Field Marshal Bernard Montgomery.