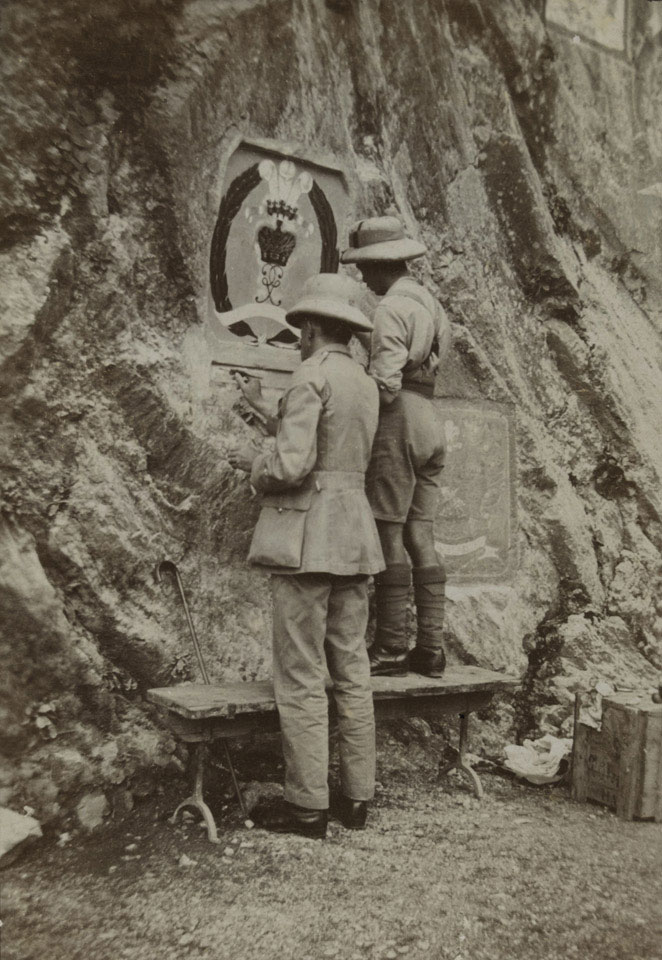 Between 1849, when the British first annexed the lands that became the North West Frontier, and 1947 when they left India, almost every Army regiment served in the Khyber Pass. While manning this outpost of empire many soldiers carved and painted their regimental insignia on to the rock faces there to mark their service on the frontier.

From a collection of 45 photographs relating to the Middlesex Regiment collected by RSM Leonard James Drinkwater during his service in India and the UK, 1915-1938 (c).