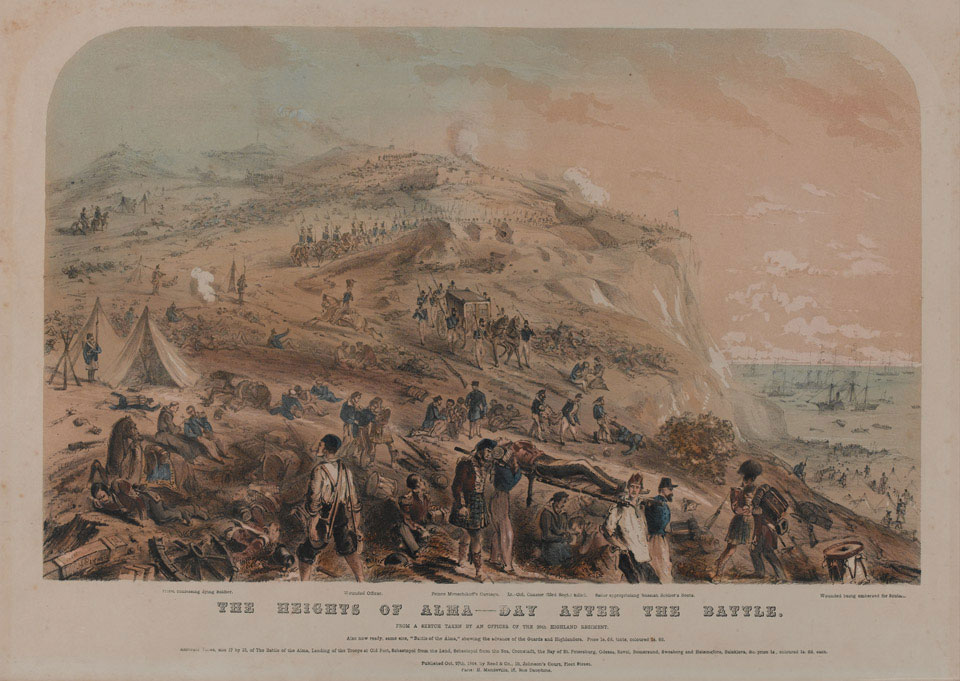 The British, short of shipping space, had brought none of their ambulances with them from Bulgaria to the Crimea and the process of clearing the battlefield of dead and wounded took two days. Marshal St Arnaud, whose French army had suffered fewer casualties and possessed an efficient ambulance corps, chafed at the delay. Lieutenant-Colonel Harry Chester's body is shown being carried away on a stretcher in the foreground; Prince Menshikov's coach can be seen behind.