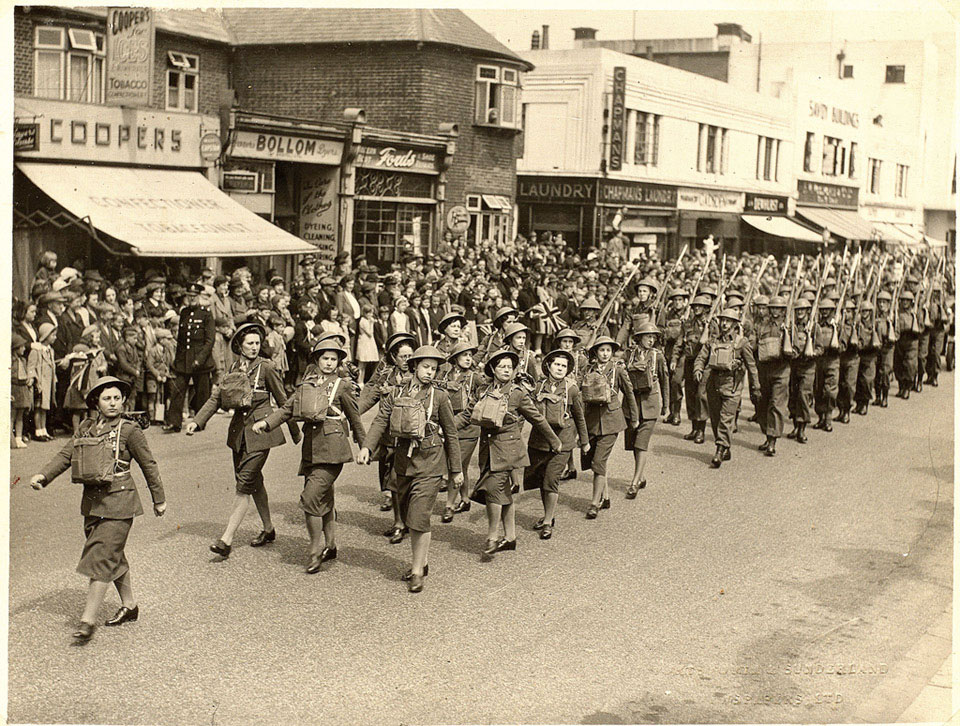 An Auxiliary Territorial Service (ATS) unit marching in full uniform and kit, proceeding a unit of men. The parade is marching in the middle of the road down a shopping street, flanked by crowds of civilians.

The ATS was the women's unit formed in 1938. Initially, similar to it's First World War predecessors the Women's Army Auxiliary Corps, the ATS were employed in non-combatant roles such as cooks, clerks and drivers.