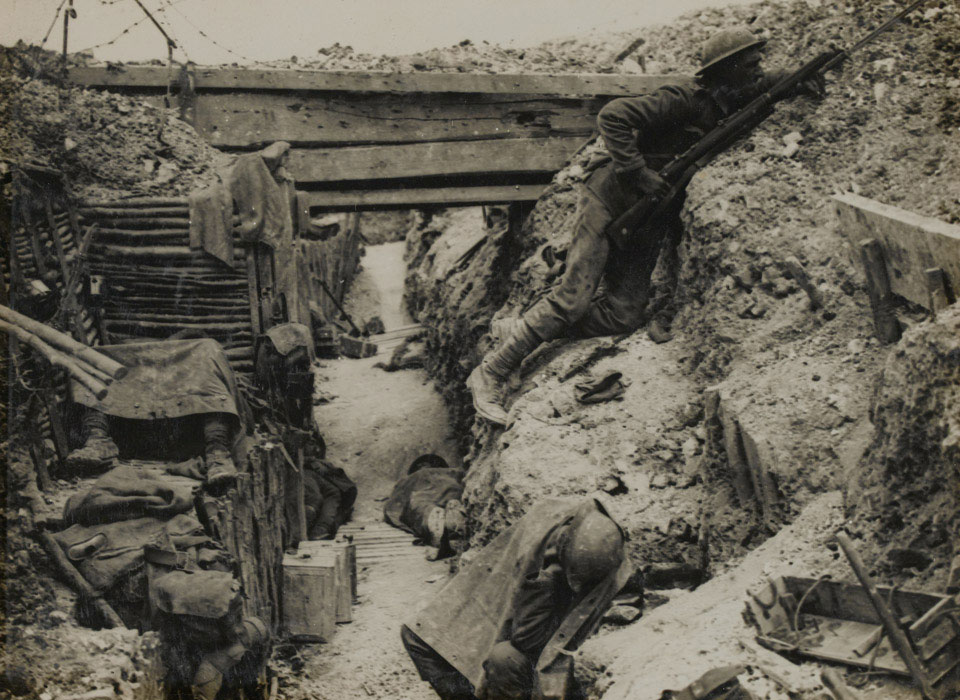 A trench interior near the Albert-Bapaume road on the Somme, July 1916

Men of the 11th Battalion, The Cheshire Regiment, man a trench near La Boisselle. The 11th Battalion was part of 34th Division and suffered very severe casualties during its part in the attack on La Boisselle during the opening phase of the Somme offensive.