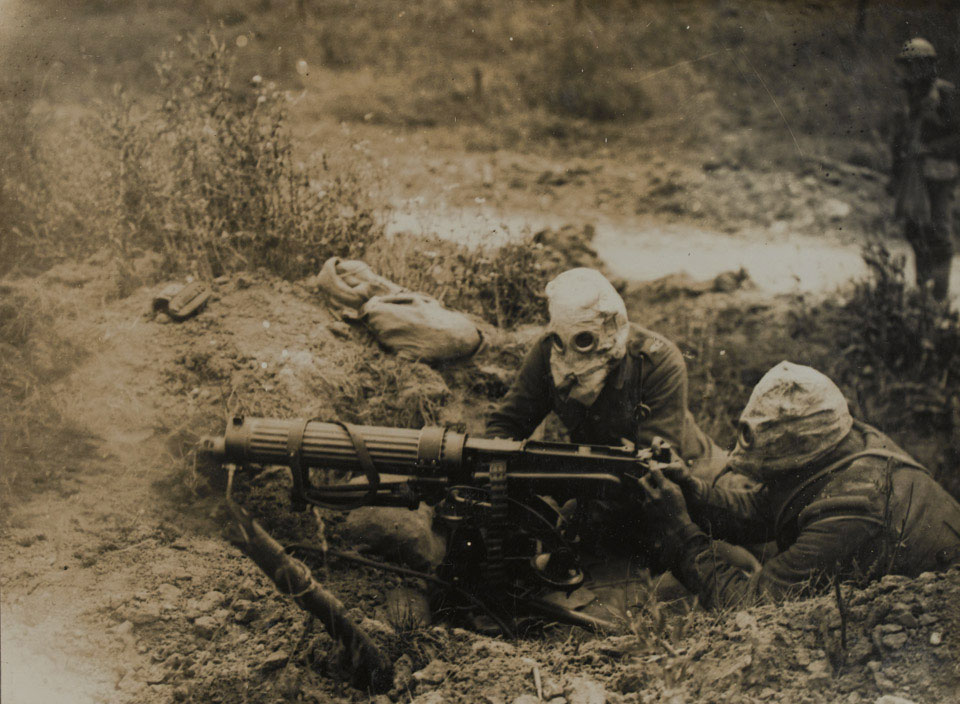 The machine-gun was one of the dominant weapons on the First World War battlefield. When established in a fixed defensive position and sited specifically to cover potential enemy attack routes it was a fearsome weapon. Infantry assaults upon such positions invariably resulted in high casualties.