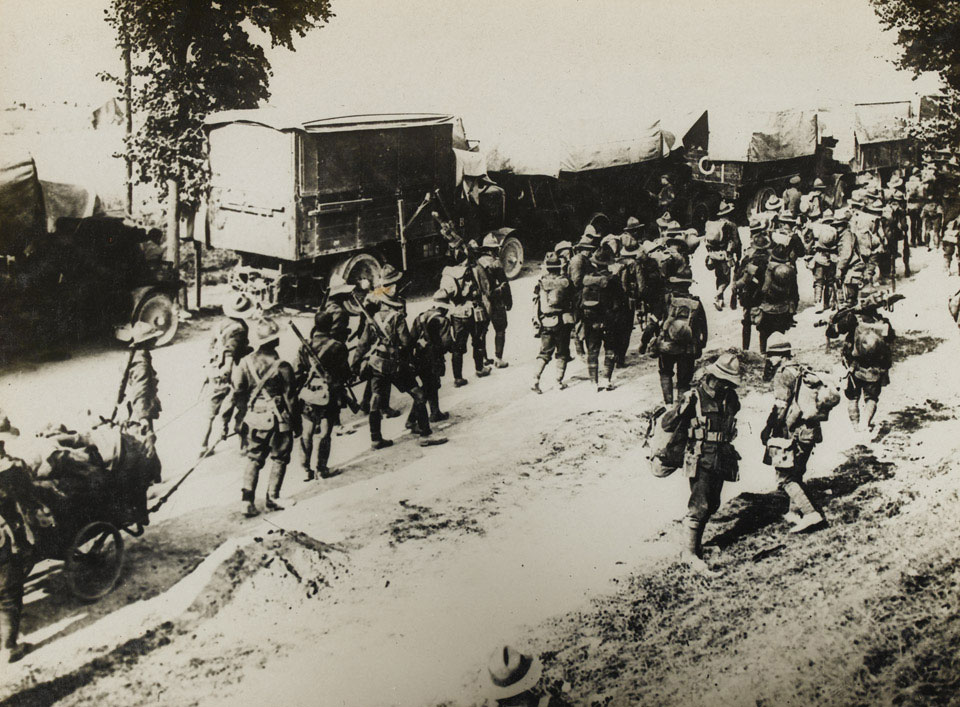 A New Zealand infantry battalion prepare to march towards the front after disembarking from their transports on the Amiens to Albert road. During the war over 16,000 New Zealanders were killed in action and another 40,000 wounded.